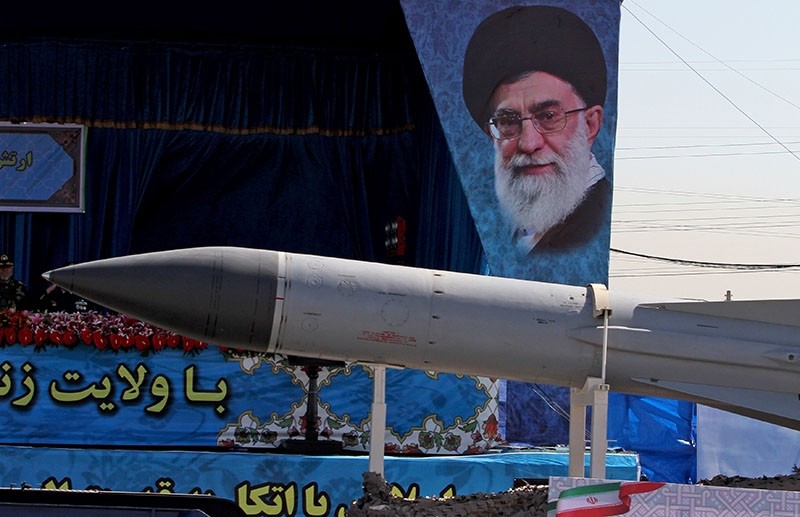 Iran's armed forces warned President Hassan Rouhani against discussing the country's defence programme after he criticised the anti-Israel slogans written on the side of ballistic missiles, local media reported on Saturday.

During an election debate on Friday, Rouhani took the rare step of criticising the elite Revolutionary Guards for the provocative messages they wrote on ballistic missiles before testing them.

"We saw how they wrote slogans on missiles and showed underground (missile) cities to disrupt the JCPOA (nuclear deal)," he said during the debate, which comes ahead of the May 19 election.

Armed Forces spokesman General Masoud Jazayeri responded that the missile programme had "no connection" to the nuclear deal.

"We again stress and recommend the presidential candidates to avoid controversial entries into important and sensitive military and defence issues of the country and giving false information to people," said Jazayeri, according to the website of state broadcaster IRIB.

"The existence of underground missile sites are an important deterrent factor against the sworn enemies of the Islamic Republic of Iran and the nation," Jazayeri added.

Iran says its ballistic missile tests are part of its legitimate defence programme and are not a violation of the 2015 deal, under which it agreed to curb its nuclear programme in exchange for an end to certain sanctions.

But Washington has used them as a pretext for fresh sanctions, saying the missiles could carry nuclear warheads in the future.

All six candidates in the presidential election support the nuclear deal since it had the tacit backing of supreme leader Ayatollah Ali Khamenei, but Rouhani has accused his conservative opponents of trying to derail it during negotiations.

"Tell people clearly, what will you do regarding (the nuclear deal)? You were all against it," he said during the televised debate.

"When (US President Donald) Trump took office you were celebrating because he said he would tear up the deal. Today people should know whether sanctions and confrontation are coming back or not," he added.