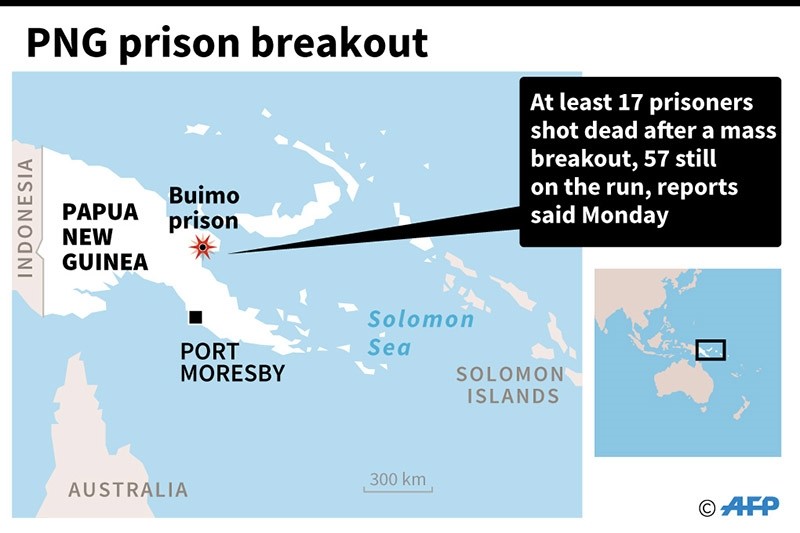 Seventeen runaway prisoners were shot and killed during a mass breakout at a jail in Papua New Guinea, reports said Monday, with 57 still at large.

Inmates from the Buimo jail in the Pacific nation's second largest city Lae made a dash for freedom after breaking out of their compound Friday, with prison wardens opening fire.

The PNG Post-Courier and The National newspapers both cited local police as confirming 17 were killed, three were caught and 57 were still at large. 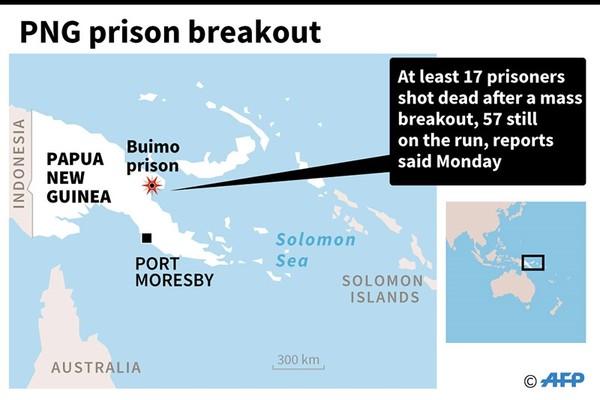 "These are undesirable people and will be a threat to the community," Lae police metropolitan commander Chief Superintendent Anthony Wagambie Jr said of the escapees, warning the public to be vigilant.

"The majority of those who escaped were arrested for serious crimes and were in custody awaiting trial.

"A good number were arrested by police last year for mainly armed robberies, car thefts, break and enter and stealing."

It is the same prison where police shot dead 12 inmates during a jailbreak last year.

Crime and lawlessness in PNG, a sprawling nation where many still live traditional and subsistence lives in remote areas, is rampant.

Wagambie urged family members and associates of the escapees not to harbor them.

"I am warning them that they will be caught. They must do what is good for them and surrender," he said.