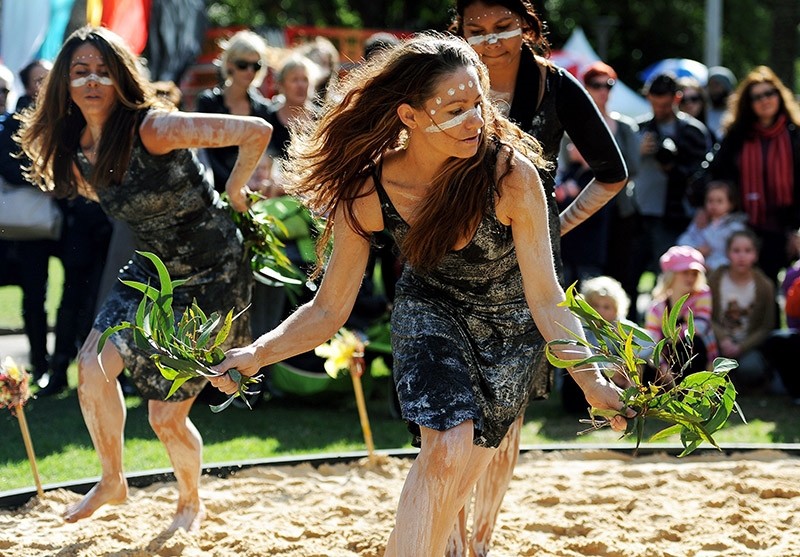 Indigenous women in Australia are being locked up at a "skyrocketing" rate, a new report released on Monday said, accusing the government of overlooking a "national crisis" that was causing immeasurable harm.

The incarceration rate for indigenous women has risen nearly 250 per cent since a 1991 report by the Royal Commission into Aboriginal Deaths in Custody, the Human Rights Law Centre and the campaign groups Change the Record said.

While indigenous women make up only two per cent of Australia's adult female population, they represent about 34 per cent of the female prison population, with even more women in and out of courts and police cells.

Ex-prisoner turned advocate Vickie Roach said the government should get rid of laws that unfairly criminalized women and close prisons.

Instead it should focus on alternatives that deal with drugs, housing, family violence, loss of self-esteem and a sense of disconnection.

"You need to respect women's dignity, but in my experience, so often the criminal justice system just takes it away," said Roach, who struggled with drug addiction and abusive partners. She spent years in and out of the courts, shelters and jails.

With many of those in custody mothers, the upheaval could have a terrible impact on families, according to Annette Vickery, deputy chief executive of the Victorian Aboriginal Legal Service.

"Even a short time can cause devastating and long term upheaval - children taken into child protection, stable housing lost, employment denied," she said.

The report also called on the government to move away from "tough on crime" approaches which saw people locked up for minor offending and focus on solutions that addressed the root causes of incarceration.

"The over-imprisonment of Aboriginal and Torres Strait Islander women is a growing national crisis that is being overlooked by all levels of government in Australia," the report said.

The female numbers are often overlooked because they are drowned by larger statistics on indigenous men, it said.