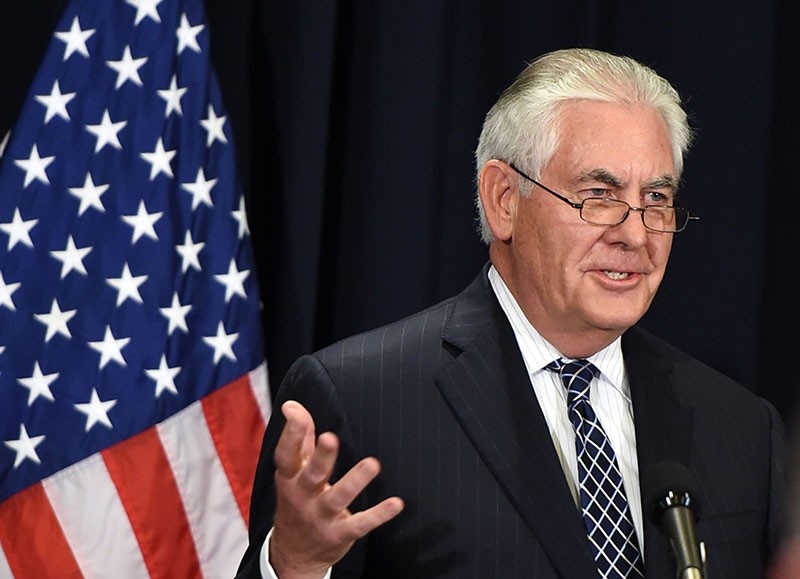 US Secretary of State Rex Tillerson holds a press conference with the Saudi minister of foreign affairs following a bilateral meeting in Riyadh on May 20, 2017. (AFP Photo)
by May 21, 2017 12:00 am

US Secretary of State Rex Tillerson warned Sunday that the United States was still in the "early stages" of applying pressure on Pyongyang, after yet another North Korean missile test in defiance of international sanctions.

The test of what the US military described as a medium-range missile fired from Pukchang, North Korea was the second this week, and the 10th this year.

The drumbeat of missile tests and persistent fears North Korea may conduct a sixth nuclear test has sent tensions soaring on the Korean peninsula.

In an interview with Fox News Sunday, Tillerson called the latest test "disappointing" and "disturbing," but he rejected a suggestion it was a sign that the United States's approach to the challenge posed by North Korea was not working.

"That would not be my takeaway at all," he said. "We are early in the stages of applying the economic pressure as well as the diplomatic pressure to the regime in North Korea.

"Hopefully they will get the message that the pathways of continuing their nuclear arms program is not a pathway to security or certainly prosperity," he said.

US President Donald Trump has pointedly warned that no option is off the table in dealing with North Korea, and he sent an aircraft carrier-led strike group to waters off North Korea.

But so far Washington has opted for sanctions and diplomatic pressure, while looking to China, the North's closest ally, to step up economic pressure on Pyongyang.

"I think we are early in the game of putting pressure on them, and one could also interpret that perhaps they are just acting out now in response to some of this pressure," Tillerson said.