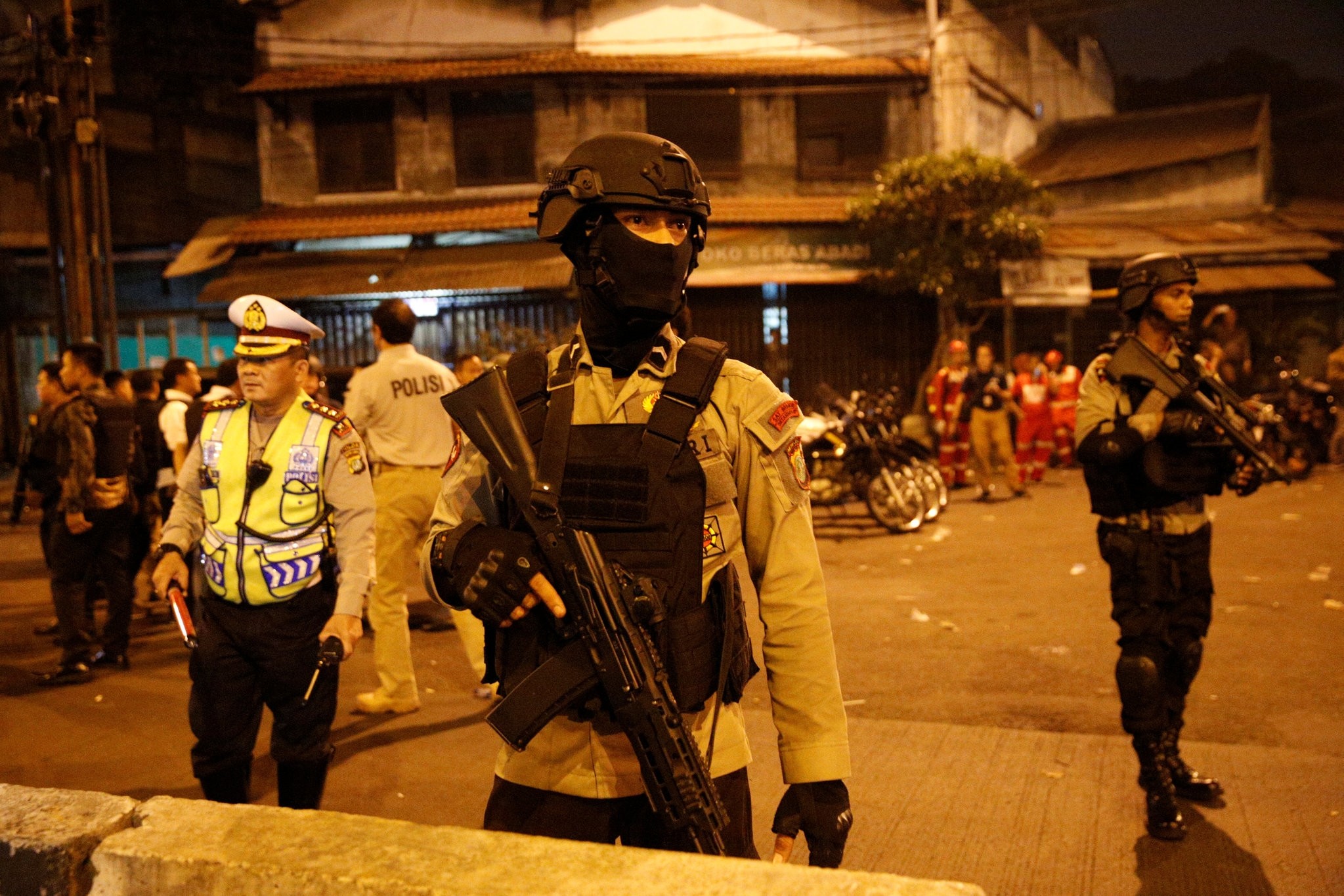 A suicide bombing attack outside a busy bus terminal in the Indonesian capital Jakarta on Wednesday killed three police officers, the latest assault to hit the Muslim-majority country as it struggles with a surge of terror plots.

Several other police officers and civilians were injured when two bombers launched the attack in a street next to the station, which sent panicked people running for their lives and clouds of black smoke billowing into the sky.

Human body parts and shattered glass were strewn across the road following the attack, which happened at about 9:00 pm (1400 GMT) as police were helping to secure a parade by a local group outside the Kampung Melayu terminal.

It was not clear who was behind the attack but Indonesia, the world's most populous Muslim-majority country, has been on high alert after a string of plots and attacks in recent times by militants inspired by Daesh.

The terminal in east Jakarta -- which is frequented by locals and not popular with foreign visitors -- had been busy when the attack happened, and witnesses described scenes of panic as two blasts rang out minutes apart.

Dicky Wahyudin, 37, said he had been drinking a coffee across the road when the attack happened, prompting people to flee.

"Suddenly I heard two explosions, which were big -- I immediately ran away," he told AFP.

A local shopkeeper, Rosmala -- who like many Indonesians goes by one name -- added: "At first I saw smoke and shattered glass, the earth was shaking, I was shocked. After a few minutes there was another blast."

National police spokesman Setyo Wasisto told AFP: "I can confirm this is a suicide bomb... there was one person we suspect as being the attacker, we are identifying him."

He said the suspected attacker's head was found in a bus stop and his hand was on the road.

It is suspected that was only one suicide bomber involved but that he had also placed another bomb in the area which went off during the attack, leading to the two blasts that witnesses cited, Wasisto said.

He said several police officers and five civilians were injured in the attack and were being treated in hospital.

The terminal is a local hub served by minibuses and buses.

Indonesia has long struggled with extremism and hundreds of radicals from the Southeast Asian state have flocked to fight with Daesh, sparking fears that weakened extremist outfits could get a new lease of life.

A gun and suicide attack in the capital Jakarta left four attackers and four civilians dead in January last year, and was the first assault claimed by Daesh in southeast Asia.

Indonesia has suffered a series of militant attacks in the past 15 years, including the 2002 Bali bombings that killed 202 people, mostly foreign tourists.

A sustained crackdown weakened the most dangerous networks but the emergence of Daesh has proved a potent new rallying cry for radicals.

Numerous recent Daesh-linked plots in Indonesia have been botched or foiled, with analysts saying that many of the country's militants lack the capacity to launch serious attacks.