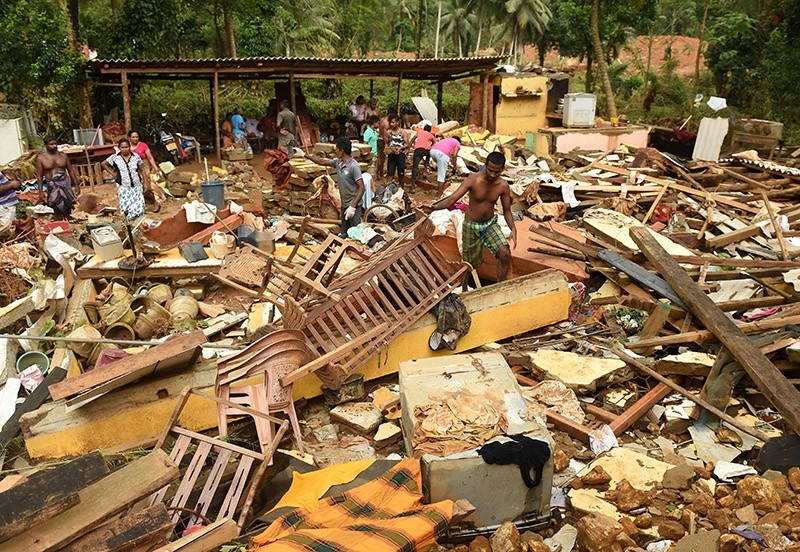 "This is the biggest deployment of troops during peace time in Sri Lanka," the minister told reporters in Colombo.

"They have helped rescue over 10,000 people during the height of the disaster."

One airman fell to his death while winching a marooned woman from a flooded area in the island's south. A transport helicopter also crashed during a mercy mission carrying food for flood victims, but no one was hurt.

The minister said 213 people were now confirmed killed in the May 26 rains that triggered over a dozen landslides and flooded 15 of the island's 25 districts.

Deaths occur every year during the onset of the monsoon, but this year's flooding was the deadliest since 2003 when 250 people were killed and 10,000 homes destroyed.

The government has already announced plans to prosecute a slew of companies and individuals behind illegal construction projects blamed for the latest landslides and flooding.

Decades of illegal construction have worsened the flooding by blocking drains and eliminating natural rainwater stores, including marshland.

Yapa said Japan will station an expert in Sri Lanka to draw up a strategy to deal with natural calamities.

"Japan agreed to send an expert who will be resident in Sri Lanka for a few months to prepare this plan," he said.

Japan was one of the first countries to rush aid to Sri Lanka along with Australia, China, India and the United States. Tokyo has also sent experts to help with the immediate recovery operations, the minister said.