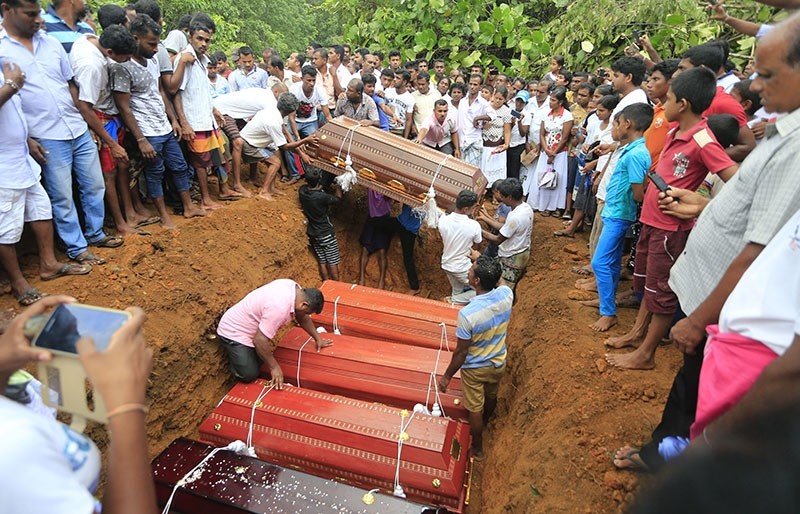 In this Saturday, May 27, 2017, file photo, Sri Lankan villagers prepare to bury victims of a landslide at a cemetery in Bellana village, in Kalutara district in, Sri Lanka. Sri Lanka has appealed for outside help as dozens were killed in floods and
by Anadolu Agency Jun 06, 2017 12:00 am

The number of deaths caused by recent floods and landslides in Sri Lanka has reached 212, according to the United Nations Children's Fund, UNICEF, on Tuesday.

Speaking at a news conference in Geneva, UNICEF Sri Lanka representative Tim Sutton said the floods and landslides which began on May 26 "created probably the worst natural disaster we have had in Sri Lanka for the number of years."

Almost 80 people remain missing and 22,000 people have been displaced and are living in emergency shelters, Sutton said.

In 2016, Sri Lanka was hit by severe floods and landslides which claimed more than 100 lives. Similar conditions in 2003 cost 250 people their lives.