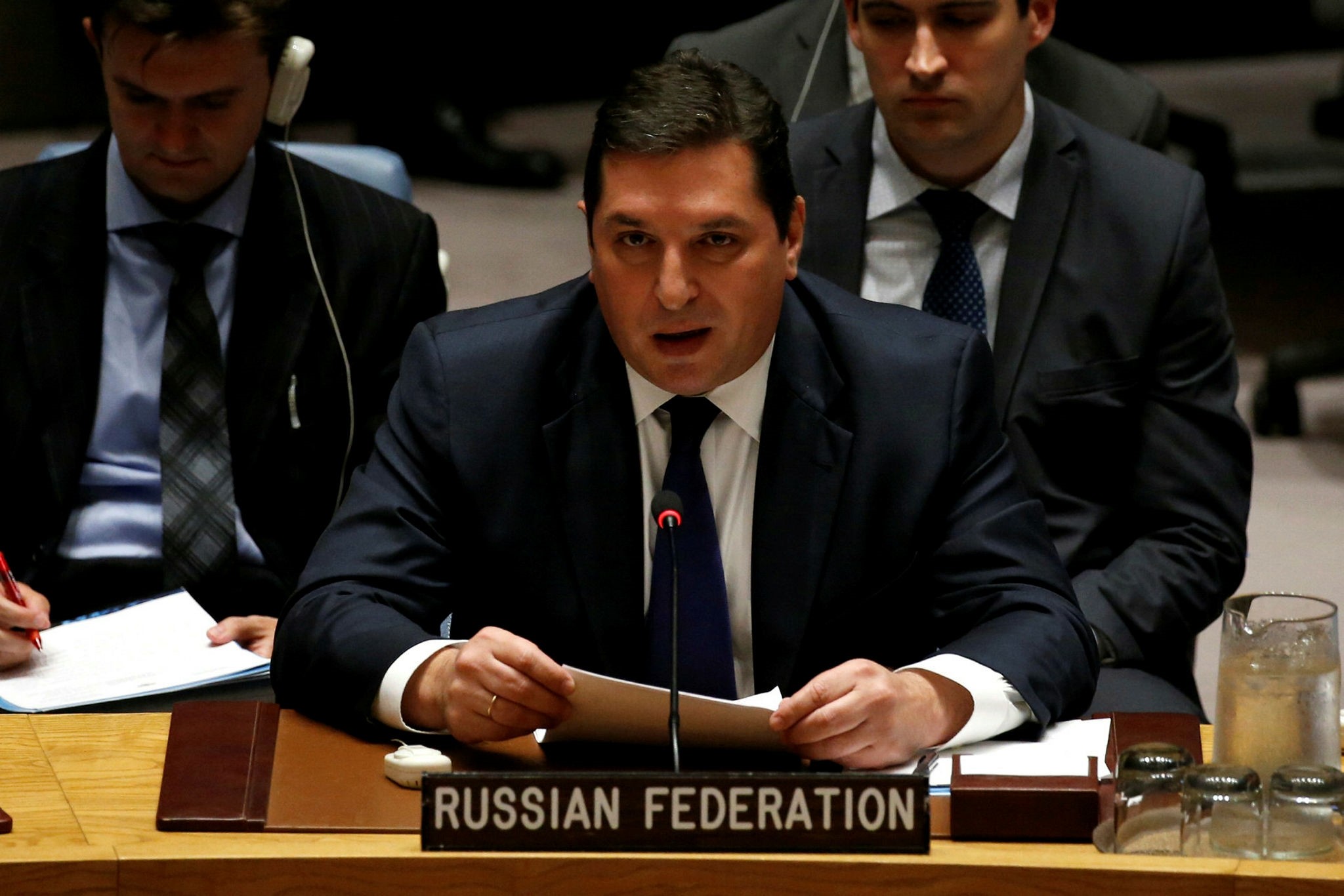 Speaking at the United Nations headquarters in New York, Russian deputy envoy to the UN, Vladimir Safronkov said "We find it inadmissible that the DPRK is testing ballistic missiles. Russia and China have urged the DPRK [Democratic People's Republic of Korea - the official name of the hermit kingdom] to firmly comply with the provisions of the said resolutions. We share the concerns of escalation of tensions in the Korean peninsula, with the risk of armed conflict."

"International community must take collective measures for a peaceful solution through dialogue and consultation. We call on all states to act with restraint rather than provocation and warmongering," he added.

"The Russian Federation and China have put forward the joint initiative based on China's proposal of a dual suspension and parallel progress of de-nuclearization of the DPRK as well as establishing peace in the peninsula. US and South Korea should refrain from conducting full scale joint exercises."

North Korea launched what appeared to be its longest-range ballistic missile yet on Tuesday, with experts suggesting it could reach Alaska, triggering a Twitter outburst from U.S. President Donald Trump who urged China to "end this nonsense once and for all".

If the test -- which came as the United States prepared to mark its independence day on the Fourth of July -- represents an intercontinental ballistic missile (ICBM) it would force a recalculation of the strategic threat posed by Pyongyang.

The North has long had ambitions to build a rocket capable of delivering an atomic warhead to the continental United States - something that Trump has vowed "won't happen".