Nearly 150,000 Afghans displaced by conflict in past 7 months: UN 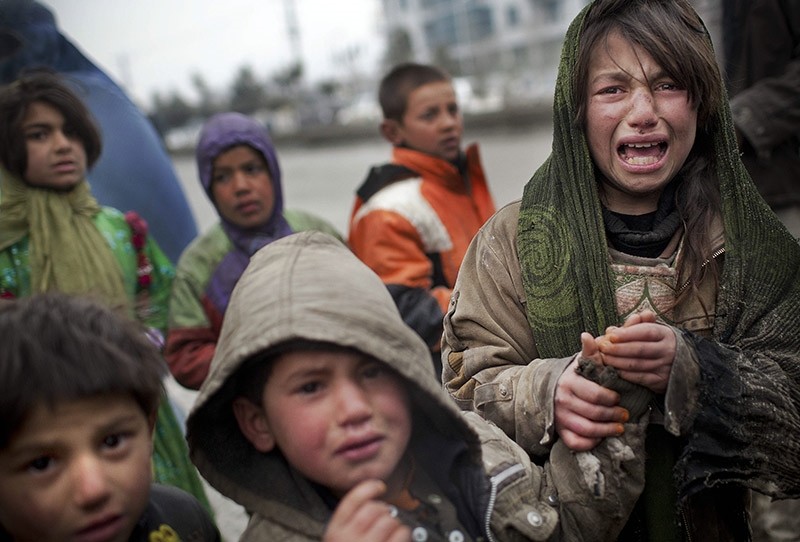 An Afghan refugee girl reacts after another child stole her food voucher while she was queuing in front a truck organized by the World Food Program in Kabul, Sunday, March 4, 2012. (AP Photo)
by Jul 11, 2017 12:00 am

The ongoing conflict in Afghanistan has forced nearly 150,000 people to leave their homes so far this year, the U.N. said on Tuesday.

A total 146,400 people have so far been displaced, according to the United Nations Office for the Coordination of Humanitarian Affairs (OCHA), a 25-per-cent decrease compared to the same period in 2016.

Last year, 196,112 people had been displaced by mid-July, the report said.

Forced displacement was reported from most parts of the country, but the majority came from the north, where 43 per cent of all internally displaced people were registered.

Numbers are likely to rise. According to so far unverified reports, another 14,000 people were displaced in Kunduz province in the past week alone, due to non-stop fighting between Afghan forces and insurgents in the areas surrounding the provincial capital, also known as Kunduz, the report added.

At the beginning of 2017, the U.N. predicted that another 450,000 people would be displaced inside the country by the end of the year.