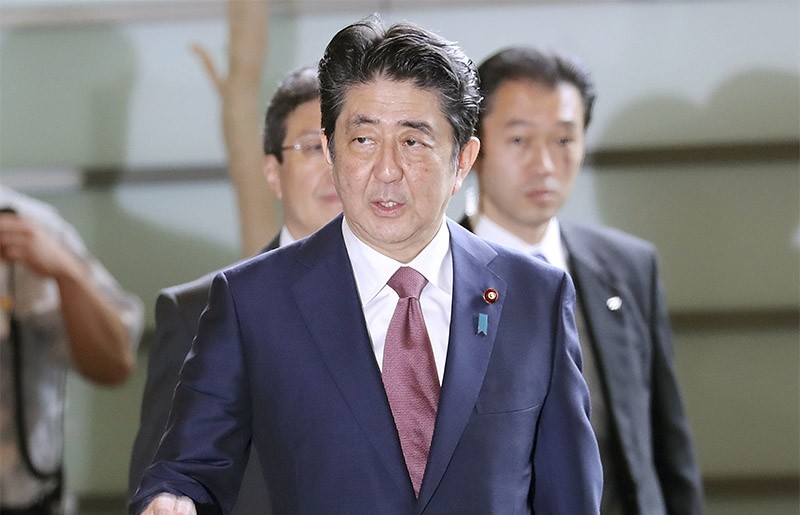 Japanese Prime Minister Shinzo Abe on Thursday dumped arch-conservatives and embraced critical voices in a cabinet revamp he hopes will stem a decline in public support after a series of scandals and missteps.

Abe's approval ratings have suffered from a spate of scandals over alleged cronyism and other abuses. The shakeup Thursday was anticipated and was not expected to have a major impact on Japan's foreign policy or economy.

The newly named ministers included many Cabinet veterans, including Itsunori Onodera, a former defense minister who again was named to that post.

Last week, Abe's protege, Tomomi Inada, stepped down as defense minister after the disclosure that the ministry hid information about risks faced by Japanese peacekeeping troops in South Sudan.

Political blueblood Abe, in office since late December 2012, has pushed a nationalist agenda alongside a massive policy effort to end years of on-off deflation and rejuvenate the world's third-largest economy.

But he has seen public support rates plummet in the past few months over an array of political troubles, including allegations of favoritism to a friend in a business deal -- which Abe strongly denies.

"I deeply regret that my shortcomings have invited this situation," a chastened Abe said earlier in the day ahead of the formal announcement of the cabinet changes.

The new cabinet was announced by Yoshihide Suga, the government's top spokesman.