China willing to pay the price for UN sanctions on N. Korea 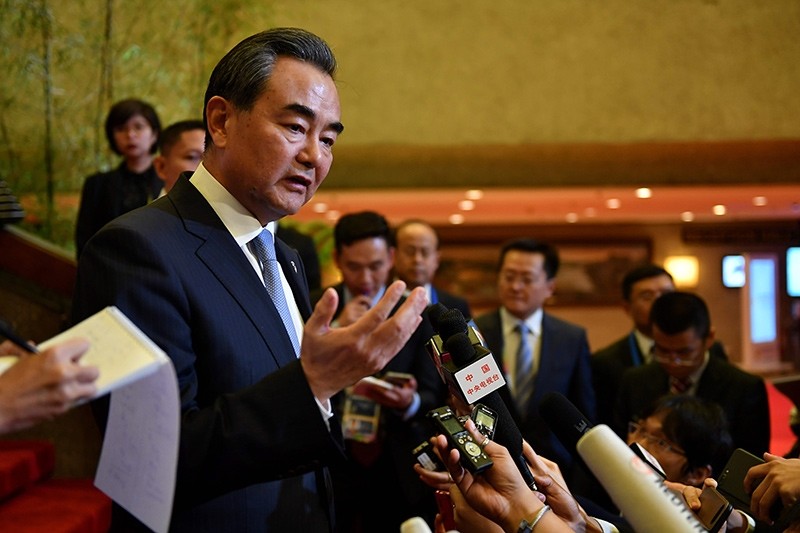 China's Foreign Minister Wang Yi speaks during a press conference on the sidelines of the 50th Association of Southeast Asian Nations (ASEAN) regional security forum in suburban Manila on August 7, 2017 (AFP Photo)
by Aug 08, 2017 12:00 am

China will pay the biggest price from the new United Nations sanctions against North Korea because of its close economic relationship with the country, but will always enforce the resolutions, Chinese Foreign Minister Wang Yi said.

The United Nations Security Council unanimously imposed new sanctions on North Korea on Saturday that could slash its $3 billion annual export revenue by a third.

Speaking at a regional security forum in Manila on Monday, Wang said the new resolution showed China and the international community's opposition to North Korea's continued missile tests, the foreign ministry said in a statement on Tuesday.

"Owing to China's traditional economic ties with North Korea, it will mainly be China paying the price for implementing the resolution," the statement cited Wang as saying.

"But in order to protect the international non-proliferation system and regional peace and stability, China will as before fully and strictly properly implement the entire contents of the relevant resolution."

China has repeatedly said it is committed to enforcing increasingly tough U.N. resolutions on North Korea, though it has also said what it terms "normal" trade and ordinary North Koreans should not be affected.

Wang said that apart from the new sanctions, the resolution also made clear that the six party talks process, a stalled dialogue mechanism with North Korea that also includes Russia and Japan, should be restarted.

China appreciated comments earlier this month by U.S. Secretary of State Rex Tillerson that the United States does not seek to topple the North Korean government and would like dialogue with Pyongyang at some point, Wang added.

The United States does not seek regime change, the collapse of the regime, an accelerated reunification of the peninsula or an excuse to send the U.S. military into North Korea, Tillerson said.

Speaking at the same forum on Monday, Tillerson held a door open for dialogue with North Korea saying Washington was willing to talk to Pyongyang if it halted a series of recent missile test launches.

North Korea said the latest sanctions infringed its sovereignty and it was ready to give Washington a "severe lesson" with its strategic nuclear force in response to any U.S. military action.

"Since last year, when it forcibly implemented two nuclear tests and more than 20 ballistic missile launches, the security threats have entered a new stage," the Japanese Defense Ministry said in the 563-page document released on Tuesday.

South Korea reiterated further resolutions against Pyongyang could follow if it did not pull back.

"North Korea should realize if it doesn't stop its nuclear, missile provocations it will face even stronger pressure and sanctions," Defense Ministry spokesman Moon Sang-gyun told a regular news briefing. "We warn North Korea not to test or misunderstand the will of the South Korea-U.S. alliance."