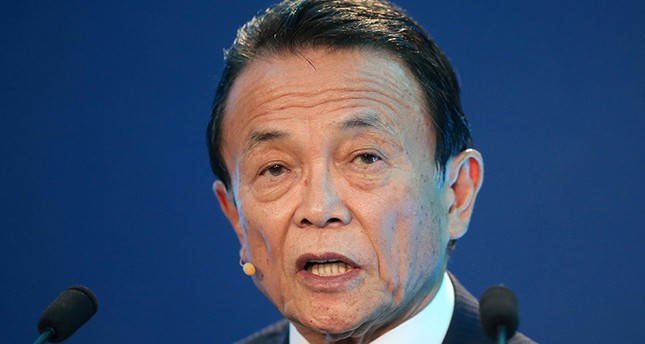 Japan's deputy prime minister has retracted his comment that seemed to praise the motives of Nazi leader Adolf Hitler.

Taro Aso was speaking at a political seminar Tuesday when he said: "I don't question a politician's motives; it is delivering results that matter. Hitler, who killed millions of people, was no good, even if his intentions had been good."

"It is clear from my overall remarks that I regard Hitler in extremely negative terms, and it's clear that his motives were also wrong," Aso said in a statement.

Aso said he wanted to stress the importance of delivering results, but not defend Hitler.

"It was inappropriate that I cited Hitler as an example and I would like to retract that."

Aso is no stranger to gaffes, having retracted a comment in 2013 about Hitler's rise to power that was interpreted as praising the Nazi regime.

Referring at the time to Japan's efforts to revise its constitution, he said the constitution of Weimar Germany had been changed before anyone realized, and asked, "Why don't we learn from that technique?"

On Tuesday, Kyodo news agency quoted Aso as saying, "I don't question your motives (to be a politician). But the results are important. Hitler, who killed millions of people, was no good, even if his motives were right."

"This is just the latest of a troubling list of 'misstatements' and are downright dangerous," the centre's head, Rabbi Abraham Cooper, said in a statement on Tuesday.

"These words damage Japan's reputation at the very time when all Americans want to show their solidarity with Japan, our sister democracy and ally, following the missile launch from Kim Jong Un's North Korea," he added.

Share on Facebook Share on Twitter
Previous in Asia Pacific Over 70 garment factory workers at an H&amp;M supplier factory in... Next in Asia Pacific An Ecuadorean judge has jailed 20 Chinese fishermen for up to four...
DAILY SABAH RECOMMENDS