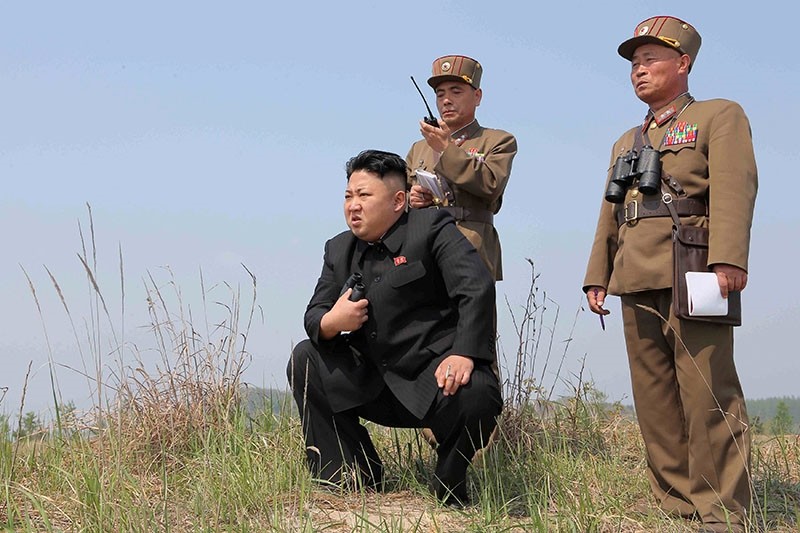 U.S. President Donald Trump has "lit the wick of war" with North Korea and his country will be made to pay with "a hail of fire," a Russian news agency quoted North Korea's foreign minister as saying Wednesday.

Tensions between North Korea and the United States have risen in recent weeks over Pyongyang's nuclear weapons and missile programs.

North Korea has test-fired several missiles and conducted what it said was a test explosion of a hydrogen bomb as it advances toward its goal of developing a nuclear-tipped missile capable of hitting the U.S. mainland.

Speaking to Russia's state-run TASS news agency, North Korean Foreign Minister Ri Yong Ho said his country's nuclear program guaranteed peace and safety in the region and would not be a matter of discussion.

"With his bellicose and insane statement at the United Nations, Trump, you can say, has lit the wick of a war against us," TASS quoted Ri as saying. "We need to settle the final score, only with a hail of fire, not words."

Ri has previously called Trump "President Evil" and his comments are likely to fuel an escalating war of words between the U.S. President and North Korean leader Kim Jong Un.

"We have almost reached the last point on the journey toward our final goal - to achieve a real balance of power with the United States," he said.

"Our principal position is that we will never agree to any talks in which our nuclear weapons will be the subject of negotiations."