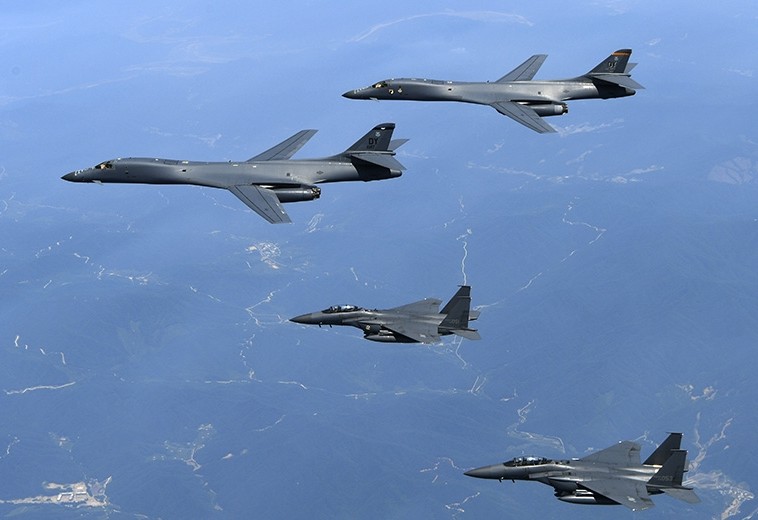 The strategic bombers, escorted by U.S. and South Korean fighter jets, flew from the Anderson Air Force Base in Guam, to conduct a "surprise" strike drill, the KCNA said.

U.S. president Donald Trump begins his Asia tour this weekend, to visit Japan, South Korea, China, Vietnam and the Philippines. Trump has promised to make clear his strong stance against North Korea during his visit.

Ahead of Trump's arrival to East Asia, KCNA lashed out at the "bellicose and irresponsible rhetoric" by the "master of invective," another jibe in the war of words between Trump and the North's leader Kim Jong-Un in recent months.