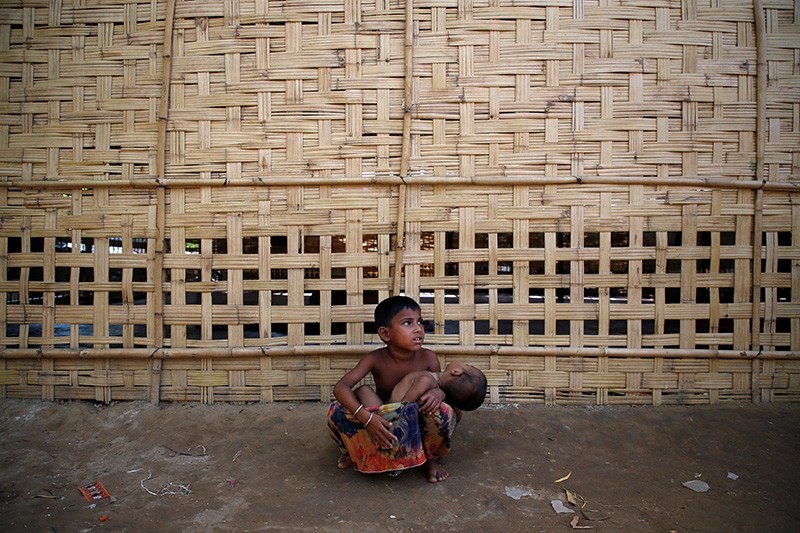 Canada's Prime Minister Justin Trudeau on Tuesday said he had an "extended conversation" with Myanmar leader Aung San Suu Kyi about the plight of Rohingya Muslims, an issue of "tremendous concern" globally.

More than 600,000 Rohingya have fled to Bangladesh since Myanmar's military started attacking Rohingya villages in late August. The crisis has caused international alarm.

"I had an extended conversation with state counselor of Myanmar, Aung San Suu Kyi, about the plight of Muslim refugees in Rakhine state," he told a news conference, without referring to the Rohingya by name.

"This is a tremendous concern to Canada and to many, many countries around the world."

Over 600,000 Rohingya have fled to refugee camps in Bangladesh since military clearance operations were launched in response to attacks by Rohingya militants on Aug. 25.

The plight of the Rohingya has brought outrage from around the world and there have been calls for democracy champion Suu Kyi to be stripped of the Nobel peace prize she won in 1991 because she has not condemned the military's actions.

Some countries in the 10-member Association of Southeast Asian Nations (ASEAN), particularly Muslim-majority Malaysia, have voiced strong concern over the issue recently.

However, in keeping with ASEAN's principle of non-interference in each others' internal affairs, it appeared to have been put aside at the summit, which brought Southeast Asian nations together with the United States, Japan, China, India, Australia and Canada.

The summit ends later on Tuesday, also bringing to a close Trump's marathon trip to Asia that took him to Japan, South Korea, China and Vietnam as well as the Philippines.