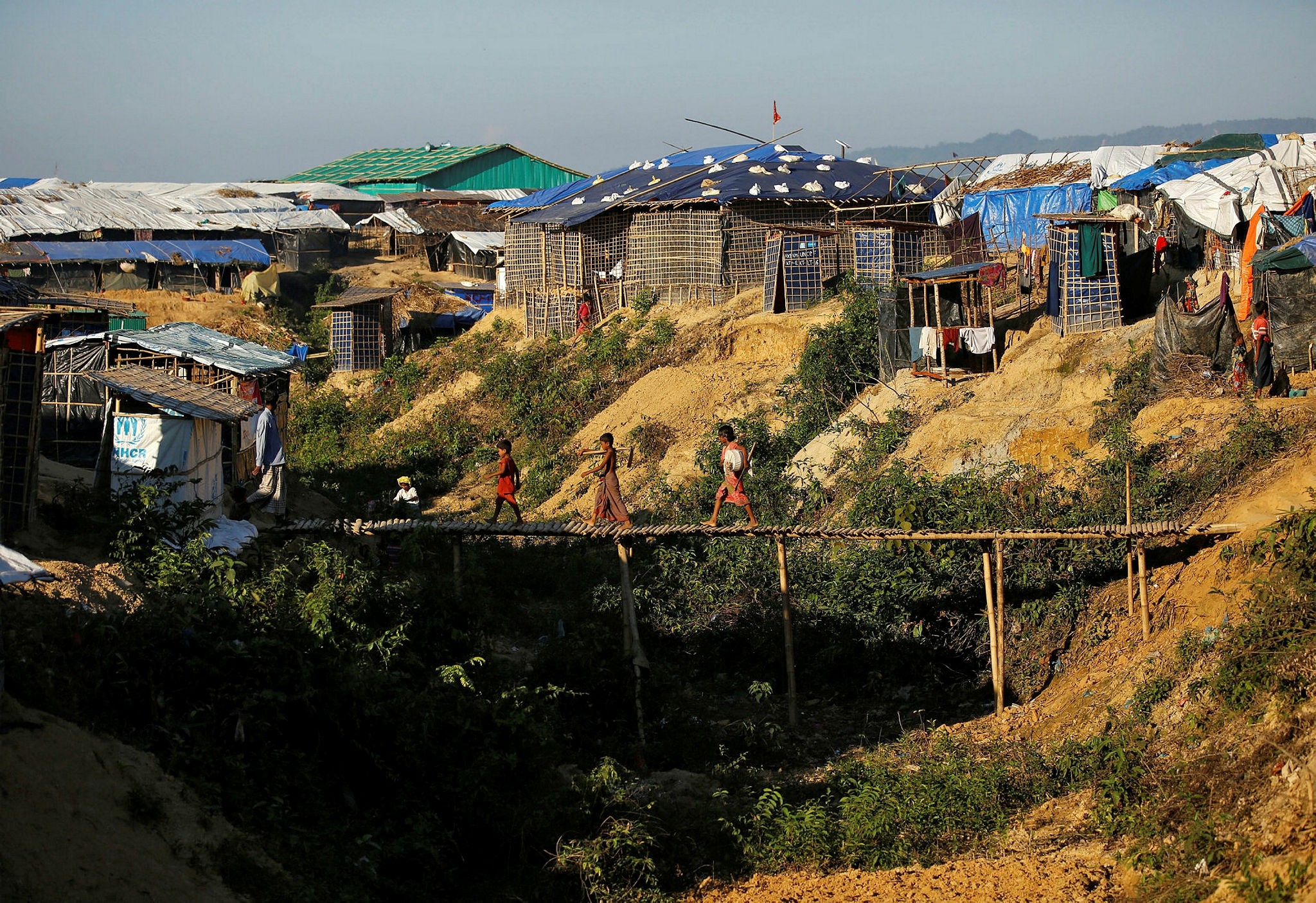 Rohingya refugee children are being targeted by labor agents and encouraged to work by their destitute parents amid widespread malnutrition and poverty in the camps, IOM reports

Rohingya refugee children from Myanmar are working grueling hours for paltry pay in Bangladesh, with some being subjected to beatings and sexual assault, the International Organization for Migration (IOM) has found. Independent reporting by Reuters corroborated some of the findings.The results of a probe by the IOM into exploitation and trafficking in Bangladesh's refugee camps, which Reuters reviewed on an exclusive basis, also documented accounts of Rohingya girls as young as 11 being forced into marriages with parents saying the unions would provide protection and economic advancement.

About 450,000 children, or 55 percent of the refugee population, live in teeming settlements near the border with Myanmar after fleeing the destruction of villages where security forces and Buddhist mobs are accused of murder, looting and rape.

Afjurul Hoque Tutul, additional superintendent of police in Cox's Bazar, located near where the camps are based, said 11 checkpoints have been set up to help prevent children from leaving.

"If any Rohingya child is found working, then the owners will be punished," he said.

The IOM's findings, based on discussions with groups of long-term residents and recent arrivals as well as separate interviews by Reuters, have shown that life in the refugee camps is hardly better than life in Myanmar for Rohingya children.

The IOM said children have been targeted by labor agents and encouraged to work by their destitute parents, amid widespread malnutrition and poverty in the camps. Education opportunities are limited for children beyond third grade, and Rohingya boys and girls as young as seven years old confirmed working outside the settlements, according to the findings.

Boys work on farms, at construction sites and on fishing boats, as well as in tea shops and as rickshaw drivers, the IOM and Rohingya residents in the camp reported. Girls typically work as maids and nannies for Bangladeshi families, either in the nearby resort town of Cox's Bazar or in Chittagong, Bangladesh's second-largest city, about 150 kilometers (100 miles) from the camps.

Throughout Bangladesh's refugee settlements, Reuters saw children wandering down muddy streets aimlessly and alone, or sitting listlessly outside tents. Many children were begging along the roadsides. The Inter Sector Coordination Group, which oversees U.N. agencies and charities, said this month it had documented 2,462 unaccompanied and separated children in the camps. The actual number was "likely to be far higher," it said.

Although Rohingya Muslims have lived in Myanmar for decades, the country's Buddhist majority still sees them as invaders from Bangladesh. The government denies them basic rights, and the U.N. has called them the most persecuted minority in the world. Since August alone, after their homes were torched by Buddhist mobs and soldiers, more than 600,000 Rohingya have risked their lives fleeing to Bangladesh.

The initial condemnations were "important," Sarah Margon of the organization Human Rights Watch (HRW) told AFP, "But they stopped, and there has been very little concrete action since then." She called for targeted economic sanctions for bringing an end to "some of the most brutal and horrific atrocities that have been seen in years."

U.S. Secretary of State Rex Tillerson plans to travel to Myanmar on Wednesday to meet Suu Kyi, the nation's leader, as well as army chief General Min Aung Hlaing. A U.S. State Department official responsible for refugee and migration issues Simon Henshaw recently returned from visiting the overflowing refugee camps in Bangladesh, saying the scene in the camps was "shocking." "The scale of the refugee crisis is immense," he said, adding: "The conditions are tough. People are suffering."