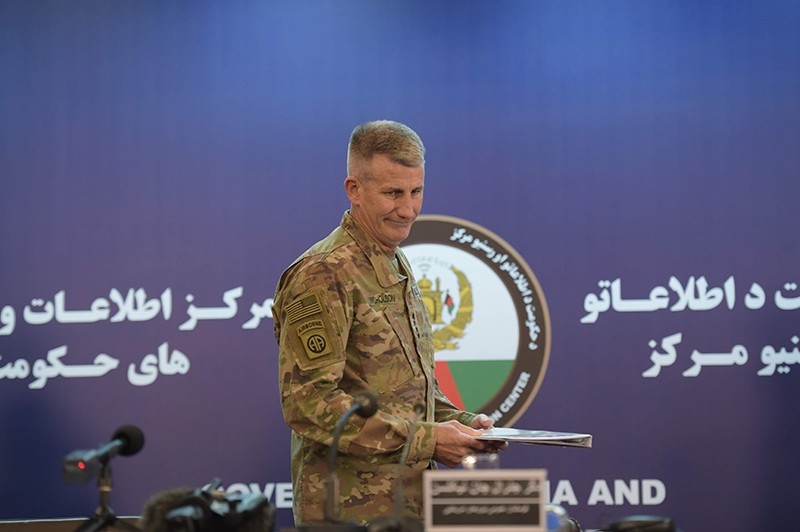 U.S. Army General an dcommander of U.S. forces in Afghanistan John Nicholson arrives ahead of a joint press conference in Kabul, Afghanistan, Nov. 20, 2017. (AFP Photo)
by Compiled from Wire Services Nov 20, 2017 12:00 am

Gen. John Nicholson said the raids involving an F-22 bomber were carried out the day before in the southern Helmand province. He said the insurgents generate an estimated $200 million a year from poppy cultivation and opium production.

"Last night we conducted strikes in northern Helmand to hit the Taliban where it hurts, in their narcotics financing," Nicholson said, flanked by Afghan Army Lieutenant General Mohammad Sharif Yaftali.

Nicholson added that he has been ordered to target drug facilities under a new strategy announced by U.S. President Donald Trump in August.

The U.N. Office on Drugs and Crime (UNODC) said output of opium made from poppy seeds in Afghanistan, the world's main source of heroin, stands at around 9,000 metric tons this year.

UNODC has warned in the past that Kabul's weakening grip on security was contributing to a collapse in eradication efforts.