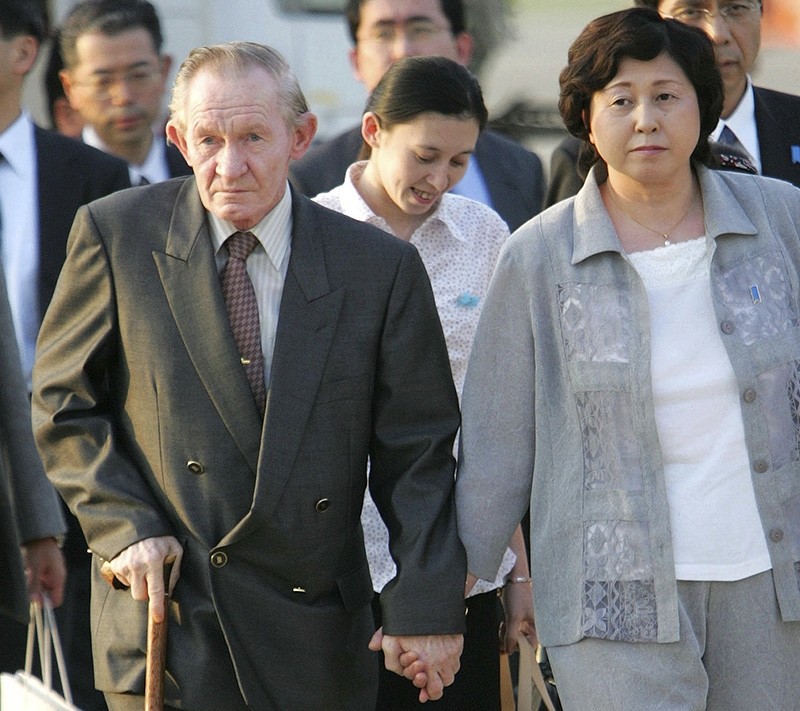 Charles Jenkins, a U.S Army deserter to North Korea who married a Japanese abductee and lived in Japan after their release, has died. He was 77.

Jenkins was found collapsed outside his home in Sado, northern Japan, on Monday and rushed to a hospital and later pronounced dead, a group representing families of Japanese abductees to North Koreas said Tuesday.

Jenkins, of Rich Square, North Carolina, disappeared in January 1965 while on patrol along the Demilitarized Zone dividing North and South Korea. He later called his desertion a mistake that led to decades of deprivation and hardship in the communist country.

After deserting, Jenkins spent 39 years in Pyongyang, where he taught English to spy cadets in his North Carolina drawl and played a Yankee villain in propaganda films.

Jenkins met his wife Hitomi Soga, who was kidnapped by Pyeongyang in 1978, in North Korea and the couple had two daughters, Mika and Blinda. His wife was allowed to visit Japan in 2002 and stayed. Jenkins and their daughters followed in 2004.

Once in Japan, Jenkins in 2004 was subject to a U.S. court-martial in which he said he deserted because of fear of being sent to fight in Vietnam. He pleaded guilty to desertion and aiding the enemy and was dishonorably discharged and sentenced to 25 days in a U.S. military jail in Japan.

Jenkins and his family lived in Soga's hometown of Sado, where he was a popular worker at a local souvenir shop and could often be seen posing in photos with visiting tourists.

Soga is one of 13 Japanese that Tokyo says were kidnapped to the North in the 1970s and 1980s as teachers of Japanese culture and language for agents spying on South Korea. Pyongyang acknowledged the abductions and allowed a Japan visit in 2002 for Soga and four others, who eventually stayed.

Jenkins, in his 2005 autobiographical book "To Tell the Truth," and appearances at conferences on North Korean human rights, revealed that he had seen other American deserters living with women abducted from elsewhere including Thailand and Romania.

After settling in Japan, he visited North Carolina to see his mother and sister. But he said he had no plans to move back to the U.S.