Once taboo, China discusses collapse of North Korea with US 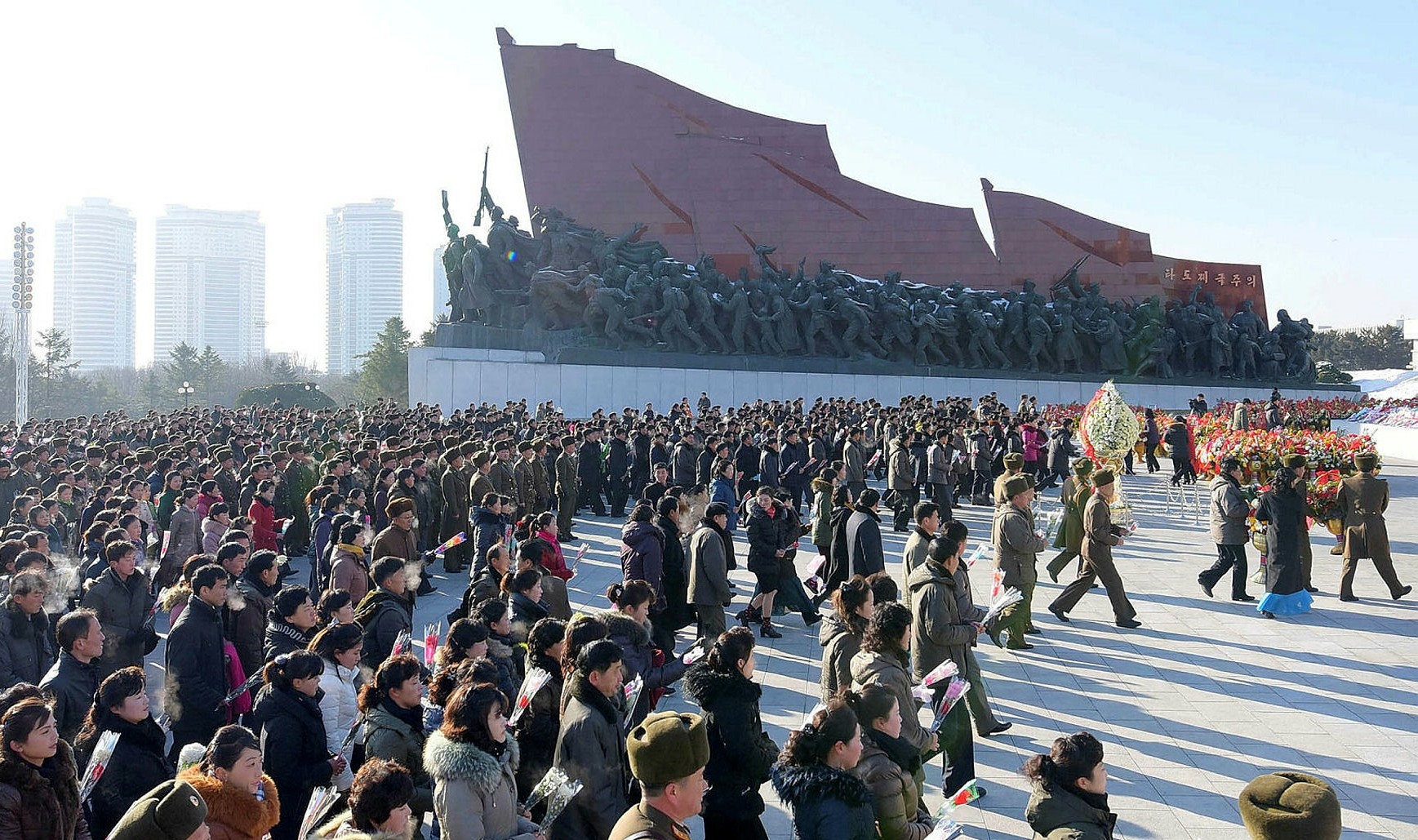 Servicepersons and civilians of the DPRK visit the statues of President Kim Il Sung and leader Kim Jong Il on the occasion of the greatest memorial day of the nation, in this photo released by KCNA in Pyongyang December 17, 2017. (KCNA via Reuters)
by Dec 18, 2017 12:00 am

It was the kind of sitdown that China had long resisted: Top US officials telling Chinese counterparts how American troops would enter North Korea if the hermit regime collapsed.

US Secretary of State Rex Tillerson's recent revelation that such a discussion took place would -- if true -- suggest a major shift in Chinese policy as Beijing comes under pressure to rein in its Korean War ally.

For years Beijing had refused US entreaties to discuss the possible collapse of its neighbour, but top US and Chinese military officials have finally met to discuss the once-taboo topic, Tillerson said last week.

Some stark topics were broached, Tillerson said: Refugees flooding across the Chinese-North Korean border, US troops entering the hermit country -- and leaving again once they had prevented nuclear weapons from falling into the wrong hands.

The little-noticed disclosure was overshadowed by Tillerson's remarks that Washington was willing to talk with Pyongyang without preconditions -- a statement that he backed away from days later.

Beijing has long refused US requests to discuss North Korea contingencies because it "assessed that near-term instability was unlikely", said Bonnie Glaser, senior adviser for Asia at the Washington-based Center for Strategic and International Studies.

"They feared that the talks wouldn't be kept secret, Pyongyang would find out and their relations with North Korea would deteriorate to the point of becoming hostile," Glaser said.

China's foreign ministry would not confirm Tillerson's account of the talks, with a spokesman saying: "You may have to ask him himself about his meanings and intentions."

Wang Dong, an expert on US-China relations at Peking University, insisted the remarks must be a ploy to "exert pressure" on Pyongyang -- to make it believe Beijing and Washington were prepared to work together.

But he raised doubts about Tillerson's characterisation of the discussion.

"I don't think that China could voluntarily discuss this issue with the US," he said.

The more likely scenario, he insisted, was the "US unilaterally expressed its position, and we couldn't just grab someone's lips and stop them from talking".

Speaking in Washington last Tuesday, Tillerson said US officials had told Chinese counterparts that if a crisis forced US troops to enter North Korea, they would not stay there.

"The most important thing to us would be securing those nuclear weapons they have already developed," he said, adding: "We've had conversations with the Chinese about how might that be done."

"We have given the Chinese assurances we would... retreat back to the south of the 38th Parallel," he said, referring to the line that divides North and South Korea.

The comment appeared aimed at reassuring China that the United States would not occupy North Korea if the Kim regime were to fall.

Beijing has for years viewed North Korea as something of a buffer state preventing the 28,500 US troops in South Korea from camping on its doorstep.

As for the Chinese, Tillerson said, they "already are taking preparatory actions" if North Korean refugees flood across the border.

Beijing has not openly discussed its plans.

But a purported document from state-owned telecommunications firm China Mobile that circulated on social media earlier this month showed that locations in northeastern China have been designated for refugee camps.

A November 30 report by China's official Xinhua news agency said that officials from the country's joint chiefs had met to discuss "how to advance cooperation between the two departments and improve crisis management and communication", without providing further details.

There are signs that Beijing's views on North Korea have changed significantly since President Donald Trump took office last January.

The subject of how to plan for the North's collapse has become increasingly common in Chinese media.

"China will go all out to promote talks, but will also make plans in case the worst-case scenario occurs," an editorial in the state-owned Global Times said last Thursday ahead of meetings in Beijing between South Korean President Moon Jae-in and Chinese leader Xi Jinping.

Deng was suspended from his job at a state-owned publication in 2013 for writing an editorial in the Financial Times urging Beijing to rethink its loyalty to the North Korean regime.

But he still finds it hard to believe that Washington and Beijing could be engaged in direct talks on a post-Kim Jong-Un future, a conversation that would enrage Pyongyang.

"Even if China was considering this possibility, they still couldn't discuss it with the US because China still has to consider the North's attitude."

Oriana Skylar Mastro, a scholar at Georgetown University and the American Enterprise Institute, said "coordination with the US is basically non-existent" and the talks are likely "not yet at the operational level".

"That may never happen unless there is a conflict."