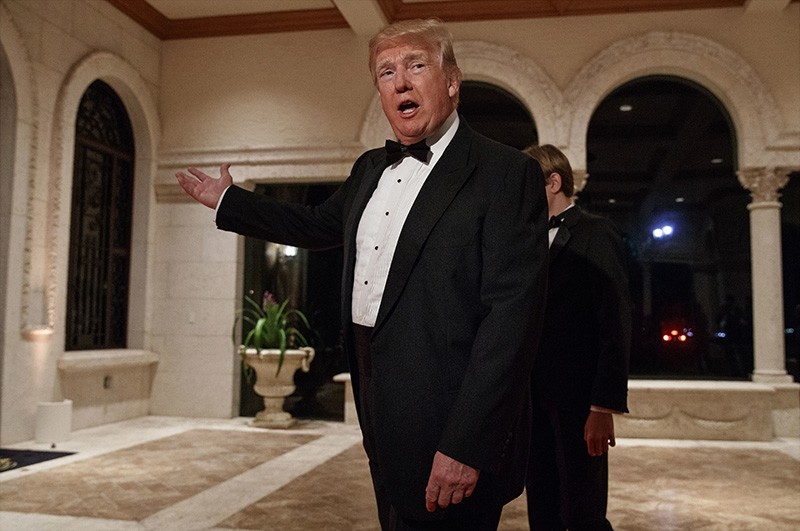 Keeping up with his routine, U.S. President Donald Trump has lashed out at Pakistan in his first series of tweets of the year.

"The United States has foolishly given Pakistan more than 33 billion dollars in aid over the last 15 years, and they have given us nothing but lies and deceit, thinking of our leaders as fools," the early morning tweet said.

"They give safe haven to the terrorists we hunt in Afghanistan, with little help. No more."

#DonaldTrump became a top Twitter trend in Pakistan in no time and thousands of people responded the tweet.

"Some hungover guy working the Pakistan desk at the State Department is having a rough start to 2018," tweeted Jonah Goldberg, a U.S.-based author and columnist.

The U.S. and Afghanistan accuse Pakistan of providing sanctuaries to Afghan Taliban and the Haqqani terror network. Pakistan rejects the allegations and insists that it has done enough in the fight against terrorism.

President Trump's remarks suggest that recent diplomatic efforts to find common ground on Pakistan's role in the region and peace in Afghanistan could fail.

The uneasy relationship between the United States and Pakistan has been on a downward spiral since the 2011 U.S. operation that located and killed Osama bin Laden in the military garrison town of Abbottabad, about 118 kilometers (65 miles) from the capital Islamabad.

Relations between the two countries have been tense since U.S. President Donald Trump accused Islamabad of supporting "agents of chaos" when introducing his new strategy for Afghanistan in August, and demanding that Pakistan act against the Taliban and Haqqani network.

In August, the United States said it would hold up $255 million in military assistance for Pakistan until it cracks down on extremists threatening Afghanistan.

The U.S. had declared Saeed a terrorist after a string of deadly bombings in Mumbai in 2008 that killed more than 160 people, among them U.S. citizens.