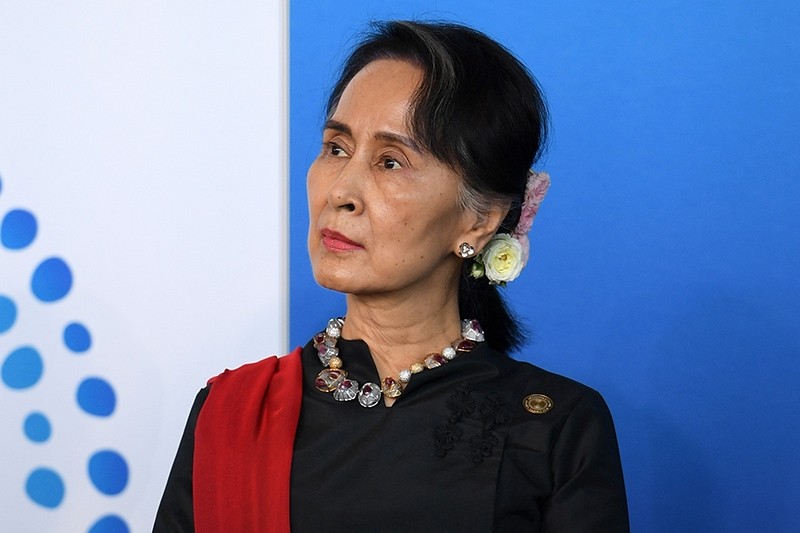 Myanmar's de facto leader Aung San Suu Kyi was pressed about the Rohingya crisis at an ASEAN summit in Sydney on Sunday, but the regional bloc stressed it could not intervene and "force an outcome."

Suu Kyi has been under intense global criticism for her public silence amid a brutal military crackdown that has forced nearly 700,000 of the Muslim-minority Rohingya to flee Myanmar's Rakhine state for Bangladesh.

The humanitarian crisis was one of the key topics at a three-day special summit between the Association of Southeast Asian Nations (ASEAN) and Australia.

"Aung San Suu Kyi addressed the matter comprehensively, at some considerable length herself.

"It's certainly an issue that has been discussed and it is fair to say... very constructively, in our meeting."

Singapore's Prime Minister Lee Hsien Loong, who is this year's ASEAN chair, said Myanmar's neighbors were concerned about the ongoing situation but could not "force an outcome".

"It is of concern for all ASEAN countries, and yet ASEAN is not able to intervene and to force an outcome," Lee said alongside Turnbull.

Both leaders said they would back efforts to reach a long-term solution to end the crisis, and were supporting humanitarian efforts to help those displaced.

The 10-nation ASEAN prides itself on consensus diplomacy and non-interference in each other's affairs.

But the exodus has sparked rare tension within the association, and Muslim-majority Malaysia has called for an independent ASEAN-led investigation into allegations of army abuse.

Malaysia's leader Najib Razak increased the pressure on Suu Kyi Saturday, saying the Rohingya issue could threaten regional security as he warned those affected could fall prey to extremist groups like Islamic State.

Lee said Singapore had no "specific intelligence" on whether there were terrorist groups in Rakhine state, but said "these are possibilities that you cannot rule out and which you have to keep on being on the watch out for".

Suu Kyi is due in Canberra on Monday for talks with Turnbull before an address to Sydney's Lowy Institute on Tuesday.

She has not commented publicly since arriving in Australia on Saturday for the summit, but is scheduled to take questions at Tuesday's media event.