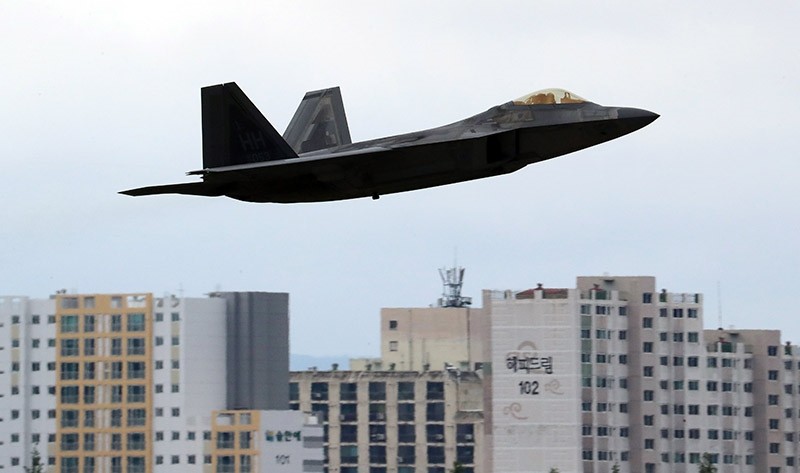 President Donald Trump has ordered the Pentagon to prepare options for reducing the number of U.S. troops in South Korea, The New York Times reported on Thursday, citing several people briefed on the deliberations.

Reduced U.S. troop levels are not intended to be a bargaining chip in Trump's planned summit in late May or early June with North Korean leader Kim Jong Un about Pyongyang's nuclear weapons program, the Times said.

The officials said, however, that a peace treaty between the two Koreas could diminish the need for the 23,500 U.S. soldiers currently stationed on the peninsula, the newspaper said.

A full withdrawal of U.S. troops was unlikely, the officials said, according to the paper.

But a U.S. National Security Council official told a visiting South Korean official in Washington via telephone the report was false, the South Korean presidential office said in a statement.

The White House and Pentagon did not immediately respond to requests for comment.

Trump has said the United States should consider reducing the number of troops in South Korea unless South Korea shoulders more of the cost.

Then-CIA Director Mike Pompeo, before taking office as U.S. secretary of state, met Kim last month and reported the North Korean leader was not demanding the withdrawal of all U.S. forces as a precondition for a summit with Trump.

South Korea said on Wednesday the issue of U.S. troops stationed in the South was unrelated to any future peace treaty with North Korea and that American forces should stay even if such an agreement is signed.