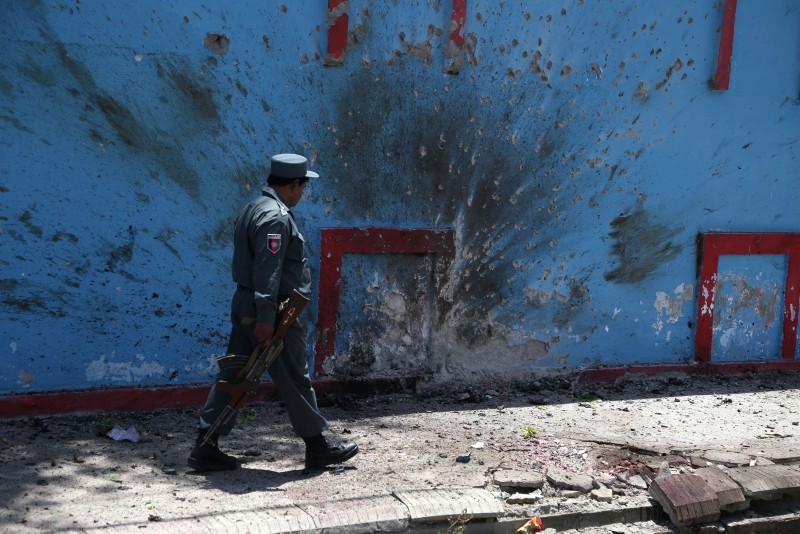 Taliban fighters killed a governor and took control of his district as clashes broke out across Afghanistan despite the start of a government cease-fire, officials said Tuesday.

There was intense fighting between Afghan security forces and Taliban gunmen in the northern provinces of Faryab and Sari Pul, with officials reporting an unspecified number of casualties on both sides.

The governor of Kohistan district in Faryab was killed along with eight others in an ambush overnight, provincial governor spokesman Jawed Bidar told AFP, blaming the Taliban.

He said the militants had seized control of the district, a development confirmed by provincial police chief Nabi Jan Mullah Khail.

The Taliban claimed the Faryab attack as well as one in Sayad district of neighboring Sari Pul, where provincial governor's spokesman Zabiullah Amani said fighting was still under way.

"We have asked for more reinforcements."

A suicide bomber driving a Humvee and gunmen attacked a district government building in the southeastern province of Ghazni overnight. They killed five police officers and wounded 26 other people including the district governor, said provincial governor spokesman Arif Noori.

Noori blamed the Taliban for the attack, although no group has so far claimed responsibility.

"We have ordered our forces to defend with all their power if they are attacked by an enemy that has no respect for anything."

The attacks come as Taliban leader Haibatullah Akhundzada issued a message for Eid, the holiday that ends the holy month of Ramadan and starts later this week.

He reiterated the group's demand for direct talks with the United States to end the war. Washington has previously rejected such calls.

Akhundzada also warned Afghanistan's top clerics, who recently proclaimed suicide attacks a sin, that they were being used by the U.S. and its allies "for their vested interests."

Pakistan has long been accused of supporting the Taliban and providing safe haven to its leaders, charges it denies.

Ghani last Thursday announced police and troops would halt hostilities with the Taliban for eight days, from June 12-19 -- though he warned that operations against other insurgents, including the Islamic State group, would continue.

The Taliban said Saturday their fighters would stop attacking Afghan security forces but only for the first three days of Eid.

They said they would continue assaults on U.S.-led NATO troops.

Analysts had expressed cautious optimism that the cease-fire offers could help build trust between the government and the Taliban and lay the groundwork for peace talks.

But with myriad armed groups in Afghanistan, there are still fears that I.S. could continue to carry out attacks -- or even be helped by the Haqqani network, a brutal arm of the Taliban that is suspected of partnering with Daesh on attacks in Kabul in the past.