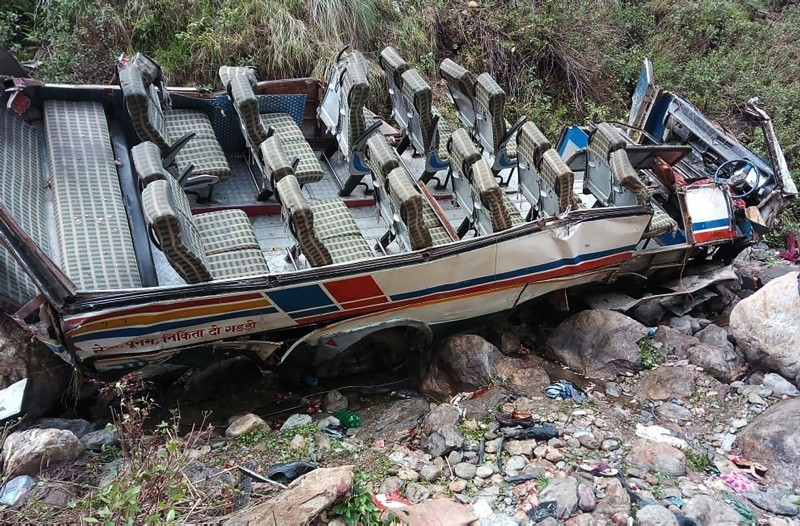 At least 40 people were killed when a packed bus spun off a slippery road and fell into a deep ravine in the northern Indian state of Uttarakhand on Sunday, police said.

"Rescue operations are on and we are still not sure about the final count of dead bodies," said a police official, who declined to be identified since he was not authorised to speak to the media.

"It was raining, these are narrow, hill roads and the bus driver lost control."