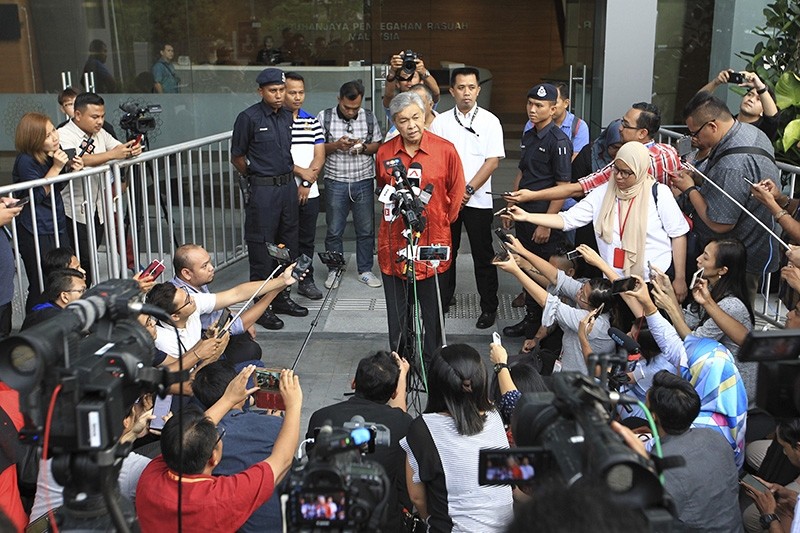 "The accounts are believed to be connected with the misappropriation and misuse of 1MDB funds," the task force said in a statement.

The funds in the frozen accounts came from individuals, political parties and non-government organizations, it said without mentioning names.

Najib resigned as the party's leader days after his UMNO-dominated Barisan Nasional coalition -- which ruled Malaysia for more than 60 years -- was roundly defeated in the May 9 elections.

Najib is being investigated over allegations that billions of dollars were looted from 1MDB, a state fund he founded.

Both Najib and the fund deny any wrongdoing.

Premises linked to the former prime minister and his family were raided recently by the police, who uncovered a treasure trove of cash and valuables said to be worth up to 1.1 billion ringgit.

The items included luxury handbags believed accumulated by his wife Rosmah, who has been widely criticized for her extravagant shopping sprees.

However, no charges have been filed against them so far.

Najib has said most of the items seized were gifts from friends and foreign dignitaries, including royalty, during special occasions such as official visits and birthdays.

Local media, meanwhile, said that Najib's stepson Riza Aziz, an aspiring Hollywood producer, is expected to be questioned by anti-graft officials on Tuesday.