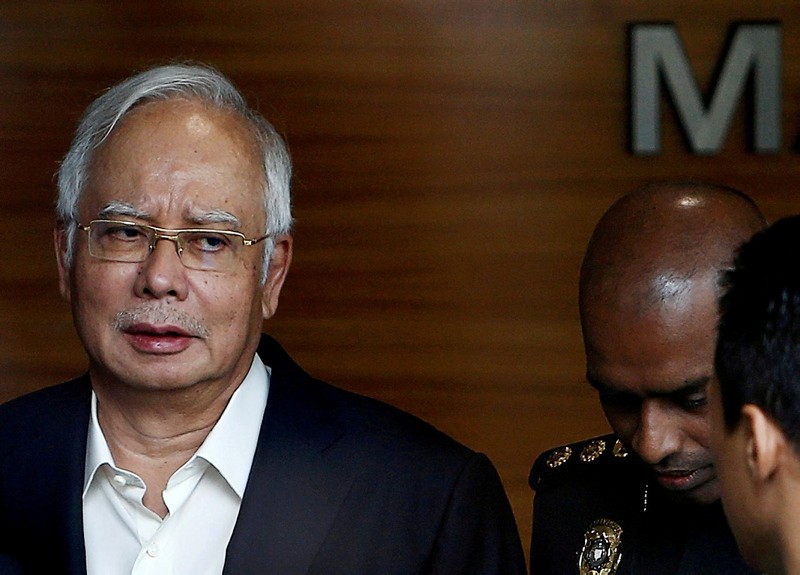 A Malaysian official, who declined to be named due to the sensitivity of the matter, said Najib was picked up from his house Tuesday and is being brought to the Malaysian Anti-Corruption Commission's headquarters

Another source said Najib is expected to be charged in court on Wednesday after being remanded for one night.

Since his shock election loss to an opposition coalition led by Mahathir Mohamad in May, Najib has been barred from leaving the country, quizzed by the anti-graft agency and had his personal and family houses searched as part of the 1MDB probe.

Mahathir said in an interview with Reuters last month that embezzlement and bribery with government money were among the charges that Malaysia was looking to bring against Najib, adding they had "an almost perfect case" against him.

Founded by Najib in 2009, 1MDB is being investigated in at least six countries for alleged money laundering and graft.

Civil lawsuits filed by the U.S. Department of Justice allege that nearly $4.5 billion was misappropriated from 1MDB.