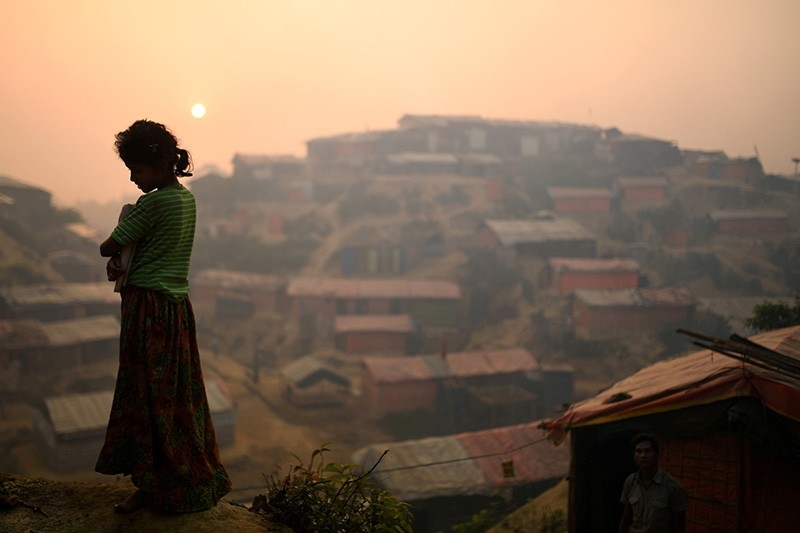 Myanmar has detained dozens of Rohingya refugees who have tried to return home, the U.N. human rights chief said Wednesday, questioning the sincerity of the government's purported repatriation program.

Myanmar has said it stands ready to welcome back some of the 700,000 Rohingya Muslims who have fled to Bangladesh since August, but so far fewer than 200 have been resettled in their homeland in northern Rakhine state.

The United Nations High Commissioner for Human Rights, Zeid Ra'ad Al Hussein, said his office had received reports that 58 Rohingya who tried to make it back to Rakhine were "arrested and convicted on unspecified charges."

"They then received a presidential pardon, but have simply been transferred from Buthidaung prison to a so-called 'reception center,' in conditions that appear tantamount to administrative detention," Zeid said in an oral update on the crisis to the U.N. Human Rights Council.

"Government representatives have repeatedly stated that Myanmar is ready to accept returnees and yet ... many - if not all - of those who have returned of their own accord have been detained," Zeid said.

Myanmar has signed agreements with Bangladesh and the U.N. laying out the framework for a large-scale Rohingya return but only a handful of the refugees have decided to move, while senior aid officials insist Rakhine remains too dangerous for repatriation.

The Rohingya fled a violent army crackdown in August that witnesses say included rapes by security forces, summary executions and a merciless campaign of violence, which the U.N. has described as ethnic cleansing.

Zeid said there is evidence that the atrocities in Rakhine are ongoing, including "killings and the burning of Rohingya homes."

More than 11,000 people have fled Rakhine this year, the rights chief said, in a sign that atrocities are still forcing people to flee.

Replying to the rights chief, Myanmar's delegation called Zeid's report "distorted" and insisted it was working to "expedite the repatriation process" of those displaced with a legitimate right to return.