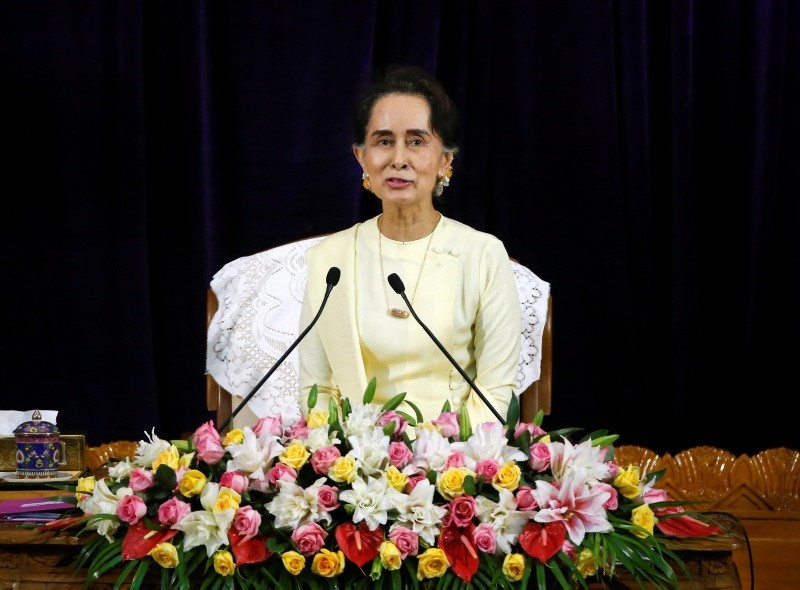 The move follows a recent Canadian motion to designate the Myanmar military crimes against the Rohingya minority as genocide and to back a U.N. mission to map out the crimes against humanity committed by the military.

Since Aug. 25, 2017, nearly 24,000 Rohingya Muslims have been killed by Myanmar's state forces, according to the Ontario International Development Agency (OIDA).

In a recent report, Forced Migration of Rohingya: The Untold Experience, the OIDA raised the estimated number of murdered Rohingya to 23,962 (± 881) from a Doctors Without Borders figure of 9,400.

The U.N. has documented mass gang rapes, killings -- including of infants and young children -- brutal beatings, and disappearances committed by Myanmar state forces. In a report, U.N. investigators said such violations may have constituted crimes against humanity.

Many countries, including Canada, have criticized Suu Kyi for not doing enough to prevent the persecution and bloodshed.

Canada has only bestowed a handful of honorary citizenships in its history, including to Nelson Mandela, the Dalai Lama and to Pakistani schoolgirl Malala Yousafzai in 2014, bringing the number to six.

Suu Kyi, a winner of the Nobel Peace Prize, received the Canadian honor in 2007.

But her silence as the Rohingya were slaughtered despite urging from Canada and others to speak out provoked Canada to take action.

Canadian Prime Minister Justin Trudeau, who was present in the House of Commons when the motion passed, had said Wednesday "Parliament granted her the honorary citizenship" and could certainly revoke it.