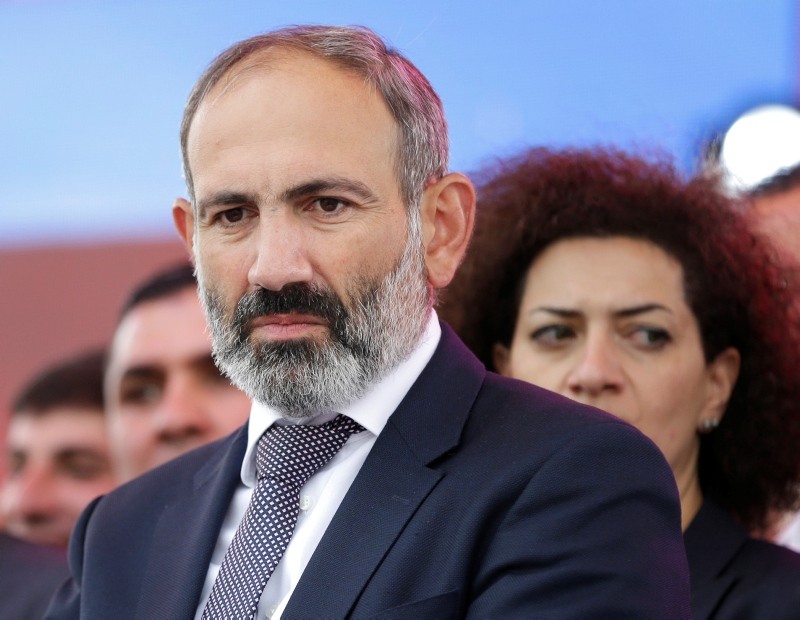 Armenian Prime Minister Nikol Pashinian announced late Tuesday he will resign after several mayors and ministers from Armenian Revolutionary Federation (Dashnaksutyun) and Prosperous Armenia Party (PAP) are dismissed from their posts according to his orders.

Earlier on the same day, the Premier had called a rally to protest what he called a "counterrevolution" by his opponents in parliament.

The Prime Minister, who took office in May after spearheading weeks of protests that forced the resignation of his predecessor, has pushed for an early parliamentary election in a bid to unseat his political foes who have maintained a majority in parliament.

They responded Tuesday by giving preliminary approval to a bill that would essentially make it impossible for Pashinian to disband the parliament and call a new election.

Pashinian called on his supporters to protest the move that he denounced as "counterrevolutionary" and several thousand quickly gathered outside parliament. Pro-Pashinian lawmakers blocked the exits to prevent his opponents from leaving the building.