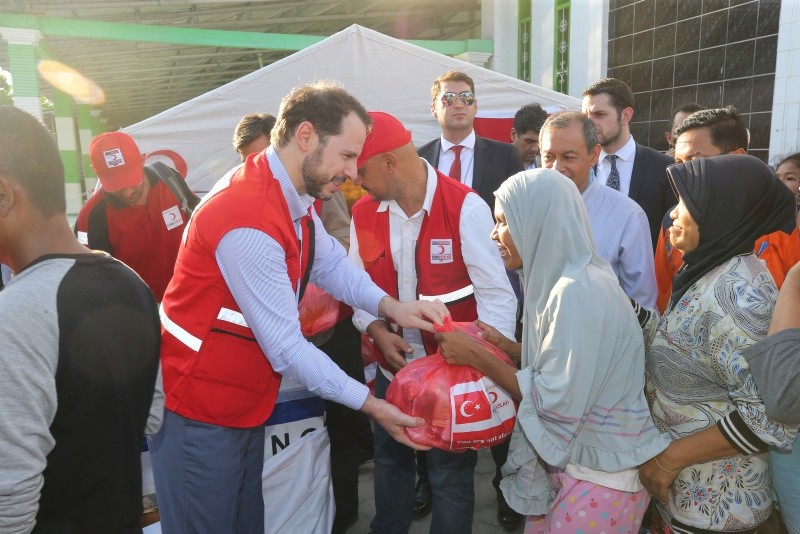 Speaking to Anadolu Agency he said: "We believe Indonesia and its people will come out from this crisis even stronger. We are also here to show our solidarity both materially and spiritually. Turkey is with them in prayers too."

Albayrak noted that Turkey has a history of helping people in danger regardless of language, religion or race.

"Our country is among the first nations to lend a helping hand to Indonesia. AFAD, Turkish Red Crescent, IHH and all of our humanitarian organizations reached here quickly. Indonesia and Turkey are friendly countries," he added.

Albayrak is the first foreign representative to visit Indonesia after the disaster. He is in Indonesia to participate in G20 meetings.

On Sept. 28, a 7.4-magnitude earthquake struck Sulawesi Island, which triggered a 3-meter (10-foot)-high tsunami in the cities of Donggala and Palu.