Natural disasters killed 4,211 people in Indonesia in past year 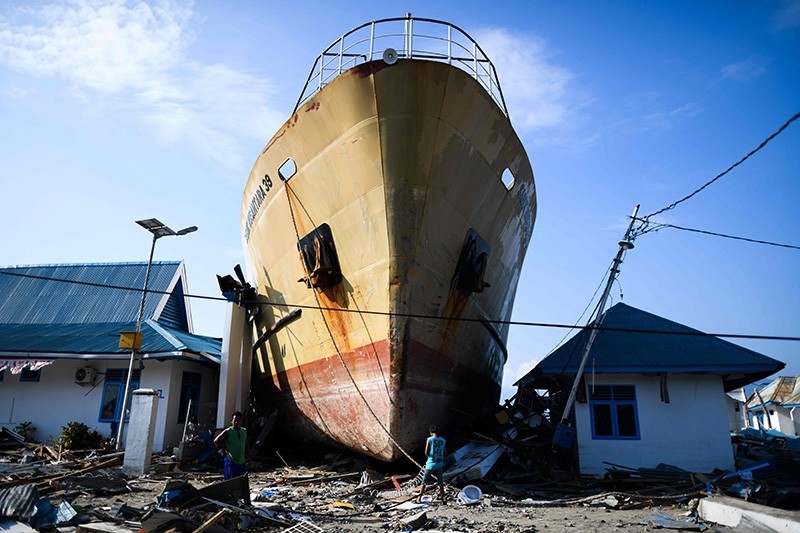 Quake survivors make their way past a washed out passenger ferry in Wani, Indonesia's Central Sulawesi on October 3, 2018, after an earthquake and tsunami hit the area on Sept. 28. (AFP Photo)
by Daily Sabah Dec 12, 2018 12:00 am

BNPB Head of Public Relations Sutopo Purwo Nugroho said that some 2,374 natural disasters have occurred in the country in the last year, causing over 4,000 deaths while heavily injuring 6,940 others.

The disasters also forced almost 10 million people had to relocate within the country, he said.

In late September, a 7.5-magnitude earthquake and tsunami hit the island of Sulawesi, killing more than 1,400 people and heavily injuring another 2,500.

In August, a 7.0-magnitude quake shook the island of Lombok, killing nearly 400 people.

Indonesia is particularly vulnerable to earthquakes because of its location on the "Ring of Fire," an arc of volcanoes and fault lines in the Pacific Basin. In December 2004, a massive magnitude 9.1 earthquake off Sumatra triggered a tsunami that killed 230,000 people in a dozen countries.