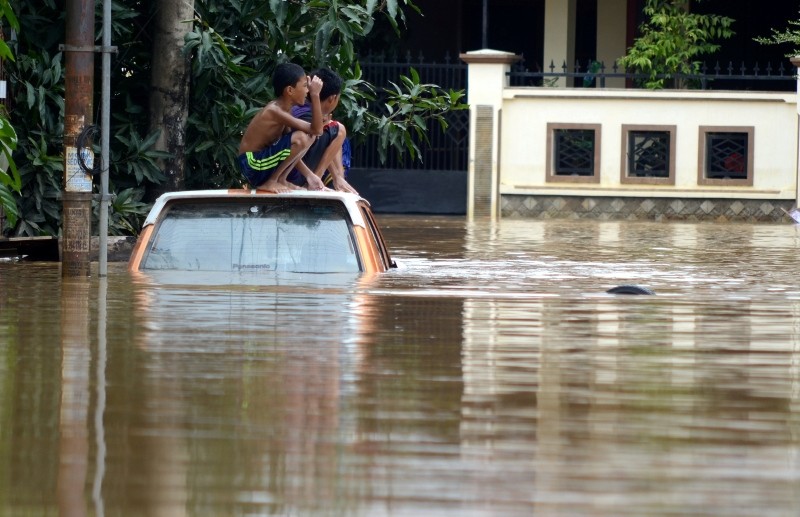 Boys sit on a car at a residential area following floods in Makassar, South Sulawesi, Indonesia, January 24, 2019 in this photo taken by Antara Foto. Picture taken January 24, 2019. (Antara Foto/Sahrul Manda Tikupadang via Reuters)
by Associated Press Jan 26, 2019 3:56 pm
The number of people killed after days of torrential rain triggered flash floods and landslides on Indonesia's Sulawesi island has climbed to 59 with 25 others missing, a disaster official said Friday.

Operators at the overwhelmed Bili Bili rock-fill embankment dam were forced to release water late Tuesday, which contributed to flooding but avoided a worse disaster.

Houses of more than 6,500 residents in thirteen districts and cities in the province including capital Makassar have been affected by flooding, forcing more than 3,000 people to flee.

Rescuers are still searching for 25 people, while 47 others have been hospitalized.

Seasonal downpours cause frequent landslides and flash floods in Indonesia, a chain of 17,000 islands where millions live in mountainous areas or near fertile flood plains.

A landslide in Sukabumi on the country's most populous island of Java earlier this month killed 32 people.