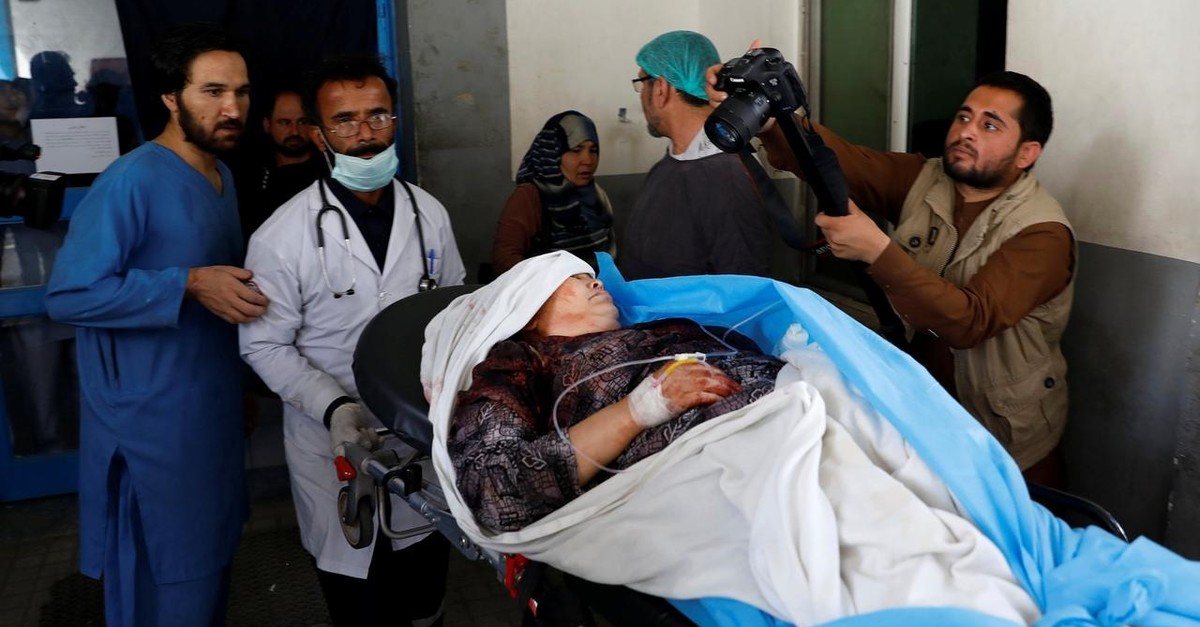 A record number of Afghan civilians were killed last year due to stepped up aerial attacks by U.S-led forces and more suicide bombings, the United Nations said in a report on Sunday.

The conflict in Afghanistan claimed 3,804 civilian lives that included 927 children, both all-time highs, leading to an 11 percent spike in civilian deaths versus 2017, the report from the UN Assistance Mission in Afghanistan (UNAMA) said.

In its annual report, the United Nations Assistance Mission in Afghanistan said 10,993 civilians were killed or wounded last year, the highest number since the international organization began tallying figures in 2009.

The report comes amid efforts to find a peaceful end to the 17-year war, which have accelerated since the appointment in September of U.S. peace envoy Zalmay Khalilzad, who is to begin another round of talks with the Taliban on Monday in the Gulf state of Qatar, where they maintain a political office.

According to the report, 63 percent of all civilian casualties were caused by insurgents, with the breakdown blaming the Taliban for 37 percent of the dead and wounded, the Daesh terrorist group for 20 percent, and a collection of other anti-government groups for the remaining 6 percent.

The government and its U.S. and NATO allies were blamed for 24 percent of the dead and wounded civilians caught in the crossfire, many of them killed in stepped up aerial attacks, most of which are carried out by the U.S. and NATO.

The report said civilian casualties at the hands of Afghan and international forces were up significantly in 2018 compared to 2017.

"For the first time since 2009 when it began systematically documenting civilian casualty figures, UNAMA recorded more than 1,000 civilian casualties from aerial operations," the report said.

The U.S. military says it carried out 6,823 sorties last year in which munitions were fired __ the highest number in the last six years.

Last year "witnessed the highest number of civilian casualties ever recorded from suicide attacks and aerial operations," according to the report, which said 3,804 people were killed and 7,189 were wounded.

Since the U.N. began documenting civilian casualties 10 years ago, more than 32,000 civilians have been killed and another 60,000 wounded.

"It is time to put an end to this human misery and tragedy," said Yamamoto. "The best way to halt the killings and maiming of civilians is to stop the fighting. That is why there is all the more need now to use all our efforts to bring about peace."

The U.S. and the Taliban have openly embraced a strategy of talking while fighting, with the Taliban carrying out near-daily attacks on Afghanistan's beleaguered security forces.