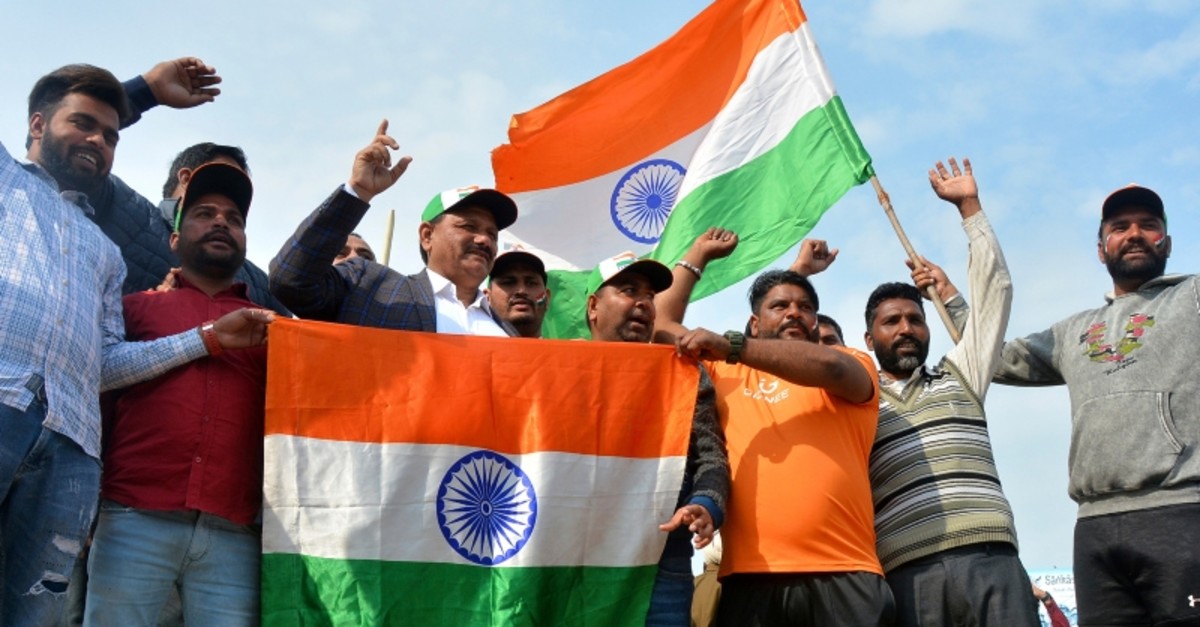 Air India has reminded cabin crews to follow all announcements with a rousing cry of "Hail India!" as nationalistic fervor grips the nation in its latest military standoff with Pakistan.

"With immediate effect, all are required to announce 'Jai Hind' at the end of every announcement after a slight pause and with much fervor," the national carrier's head of operations said in a circular.

A spokesman told AFP the order was first issued in 2017 but that a reminder was required because new staff had joined.

It comes as India's biggest military standoff with Pakistan in years triggers a rise in patriotism, stoked by Prime Minister Narendra Modi ahead of looming elections.

India's excitable news channels have gone into overdrive and people have been flocking to a rip-roaring film about an Indian special forces incursion into Pakistan-administered Kashmir.

Its catchphrase "How's the josh?" -- meaning "How's the fervor?" -- has been widely quoted on and offline, with government ministers employing it at political rallies.

An Indian fighter pilot who was shot down, captured and then released by Pakistan has become a national hero, with some copying his handlebar mustache and even one baby named after him.

The latest crisis between the nuclear-armed Asian foes was sparked by a suicide bombing in Indian Kashmir that left 40 Indian paramilitaries dead on Feb. 14.

India launched air strikes inside Pakistan 12 days later, and an aerial dogfight between the two countries' air forces over Kashmir broke out the next day.

Tens of thousands attended funerals and solidarity marches around India for the 40 men, with some setting fire to Pakistani flags. The group that claimed credit for the attack is based in Pakistan.

Islamabad's release of the pilot last Friday eased international alarm although tensions remain high, with both sides firing shells and mortars over their de-facto border in Kashmir.

Indian media reports said that a Pakistani military drone was shot down over northern India on Monday, while Islamabad said Tuesday it prevented an Indian submarine from entering its waters.

"Much welcome but before starting this Air India should improve the service. Make the airline profitable. Keep up to schedule. Stop wasting taxpayer money. Be customer friendly," quipped Dinesh Joshi, one Twitter user.