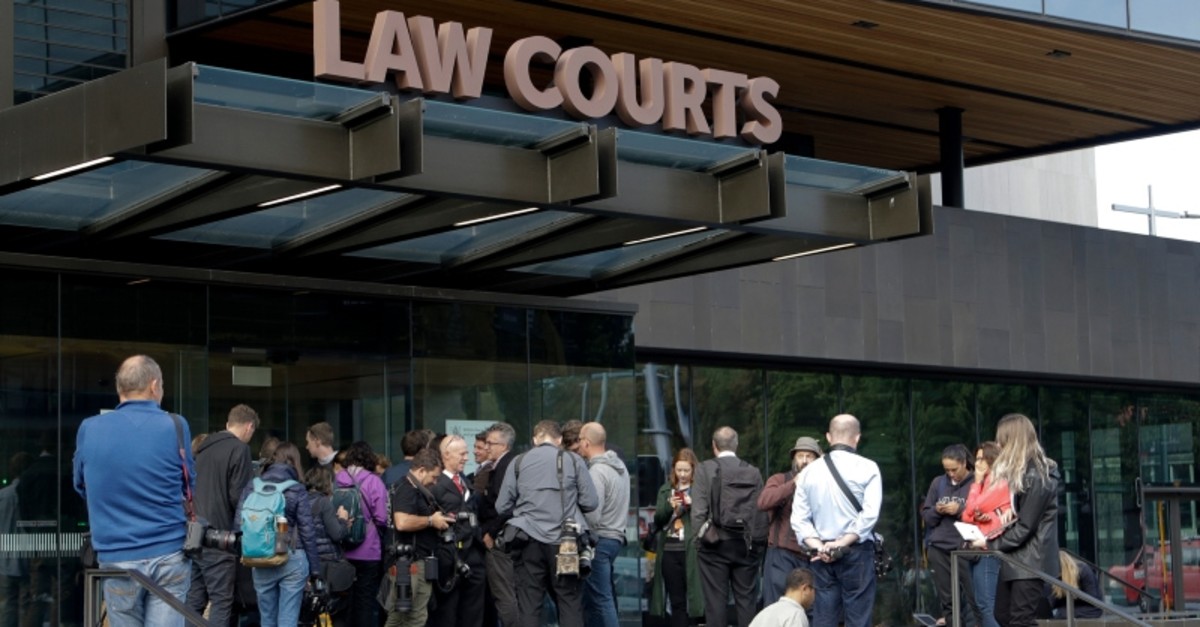 Members of the media wait outside the district court building for word on the man arrested in connection with the mass shootings at two mosques in Christchurch, New Zealand, Saturday, March 16, 2019. (AP Photo)
by Mar 16, 2019 12:00 am

Twenty-eight-year-old Brenton Tarrant appeared in court on Saturday charged with murder, after a terror attack on two Christchurch mosques that left 49 dead.

Wearing handcuffs and a white prison shirt, the Australian-born former fitness instructor and self-professed fascist sat impassively as the judge read the charge against him.

He did not request bail and was taken into custody until his next court appearance scheduled for April 5.

Police said the court appearance would be held behind closed doors for security reasons.

She has called this a terrorist attack and said the shooter -- who was not on any watchlist and did not have a criminal record -- had legally purchased the firearms he used: two semi-automatic weapons, two shotguns and a lever-action gun.

"The offender was in possession of a gun license" obtained in November 2017, and he started purchasing the weapons the following month, she said.

"While work is being done as to the chain of events that led to both the holding of this gun license, and the possession of these weapons, I can tell you one thing right now -- our gun laws will change," she vowed.

The suspect, who was believed to be a personal fitness instructor, documented his radicalization and two years of preparations in a lengthy, meandering and conspiracy filled far-right "manifesto."

He live-streamed footage of himself going room-to-room, victim to victim, shooting the wounded from close range as they struggled to crawl away in the main Christchurch mosque.

Two other people remain in custody, although their link to the attack is unknown. A third person who was earlier arrested was said to be a member of the public with a firearm who was trying to help.

Police warned New Zealanders Saturday to remain vigilant, saying there was "no guarantee the risk is limited" to the Christchurch region.

Two improvised explosive devices (IEDs) were found in a car and neutralized by the military, while police raided a home in Dunedin, where Ardern said the suspect was based.

"We will be looking closely to build a picture of any of the individuals involved and all of their activities prior to this horrific event," police added in a statement.