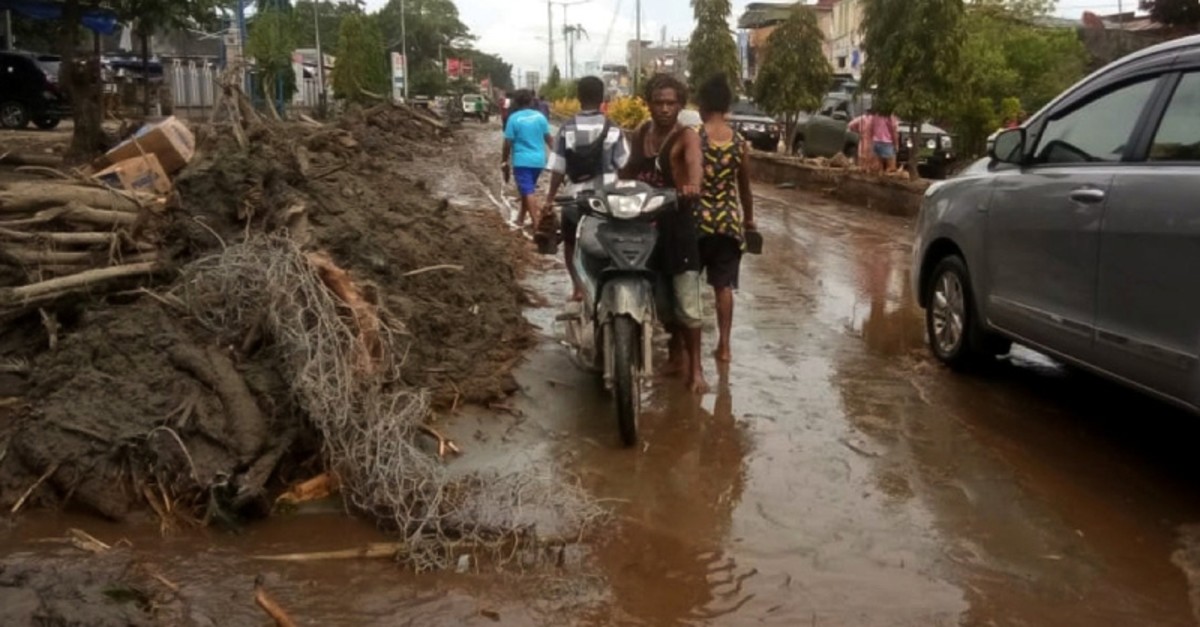 Flash floods in Indonesia's eastern Papua province have killed at least 58 people, an official said Sunday, as rescuers battled mud, rocks and fallen trees in the hunt for survivors.

The death toll was expected to rise as emergency services struggled to reach people in hard-hit areas, with more than 70 people injured and 4,150 evacuated.

The dead included three children who drowned after the floods began late Saturday.

He said the number of dead and injured will likely increase since many affected areas have not been reached.

"We are overwhelmed by too many injuries," said Haerul Lee, the head of Jayapura health office, adding that some medical facilities had been hit by power outages. "We can't handle it alone."

Papua's provincial administration has declared a two-week emergency in order to get assistance from the central government.

Papua military spokesman Col. Muhammad Aidi said rescuers managed to save two injured infants who had been trapped for more than six hours. The parents of one of the babies were washed away and died.

Worst hit was Sentani subdistrict, where a landslide early Sunday was followed minutes later by a river that burst its banks, sweeping away residents in a fast-moving deluge of water, heavy logs and debris, said the local disaster mitigation agency head Martono.

Martono, who goes by a single name, said rescuers have been evacuating more than 4,000 to temporary shelters.

Television footage showed hundreds of rescuers and members of the police and military evacuating residents to shelters at a government office. Ambulances and vehicles were seen carrying victims on muddy roads to several clinics and hospitals.

Seasonal downpours cause frequent landslides and floods and kill dozens each year in Indonesia, a chain of 17,000 islands where millions of people live in mountainous areas or near fertile flood plains.