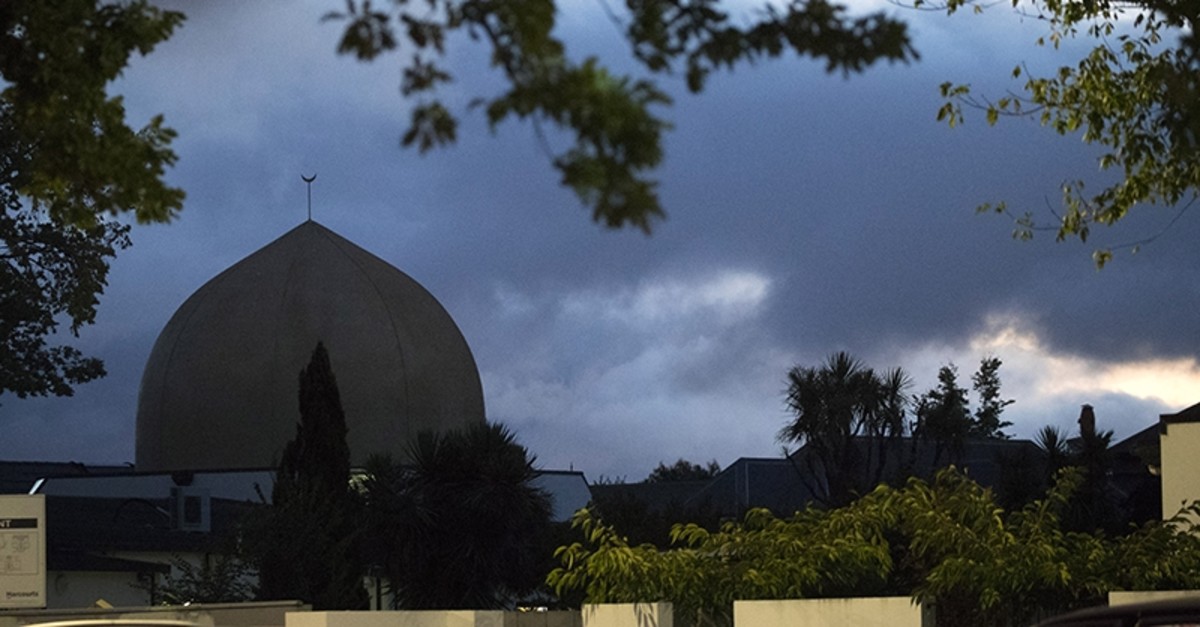 New Zealanders prepared for nationwide prayers on Friday to mark one week since a mass shooting at two mosques in Christchurch killed 50 worshippers.

Prime Minister Jacinda Ardern will lead thousands of mourners expected to gather at a park in front of the Al Noor mosque, where most of the victims died, for a prayer followed by two minutes of silence.

The prime minister is expected to be accompanied in the Christchurch prayers with community leaders and other foreign dignitaries.

The Muslim call to prayer will be broadcast nationally across all free-to-air TV and radio stations.

Armed police have been guarding mosques around New Zealand after 50 people were killed last Friday by a lone gunman who attacked worshipers at two mosques in Christchurch.

"We will have a heightened presence tomorrow in order to provide reassurance to people attending the Friday call for prayers," police said in a statement on Thursday.

"Police have been working relentlessly, doing everything in our power to gather all appropriate evidence from what are active crime scenes so we can allow people to return to the mosques as quickly as possible."

Both mosques attacked, the Al Noor and nearby Linwood mosque, plan to be reopened. Thousands of worshippers are expected at the Al Noor mosque, where the majority of victims died.

Most victims were migrants or refugees from countries such as Pakistan, India, Malaysia, Indonesia, Turkey, Somalia, Afghanistan and Bangladesh.

Australian Brenton Tarrant, 28, a suspected white supremacist who was living in Dunedin, on New Zealand's South Island, has been charged with murder following the attack.

He was remanded without a plea and is due back in court on April 5, when police said he was likely to face more charges.

The first victims were buried on Wednesday and burials continued on Thursday, with the funeral of a school boy.

Families of the victims have been frustrated by the delay as under Islam bodies are usually buried within 24 hours.

A mass burial is expected to be held on Friday. Body washing will go on through the day and night to have the dead ready for burial, said one person involved in the process.

Police have identified and release to the families the bodies of some 30 victims.

Many have had to undergo multiple surgeries due to complicated gunshot wounds. The gunman used semi-automatic AR-15 rifles, with large magazines, and shotguns.

Ardern as vowed to change gun laws in the wake of the attack, possibly banning semi-automatic weapons. An announcement will be made before the next cabinet meeting on Monday.

The gunman broadcast his attack live on Facebook and it was quickly distributed to other platforms, prompting Ardern and others to rebuke technology companies and call for greater efforts to stop violence and extremist views being aired on social media.