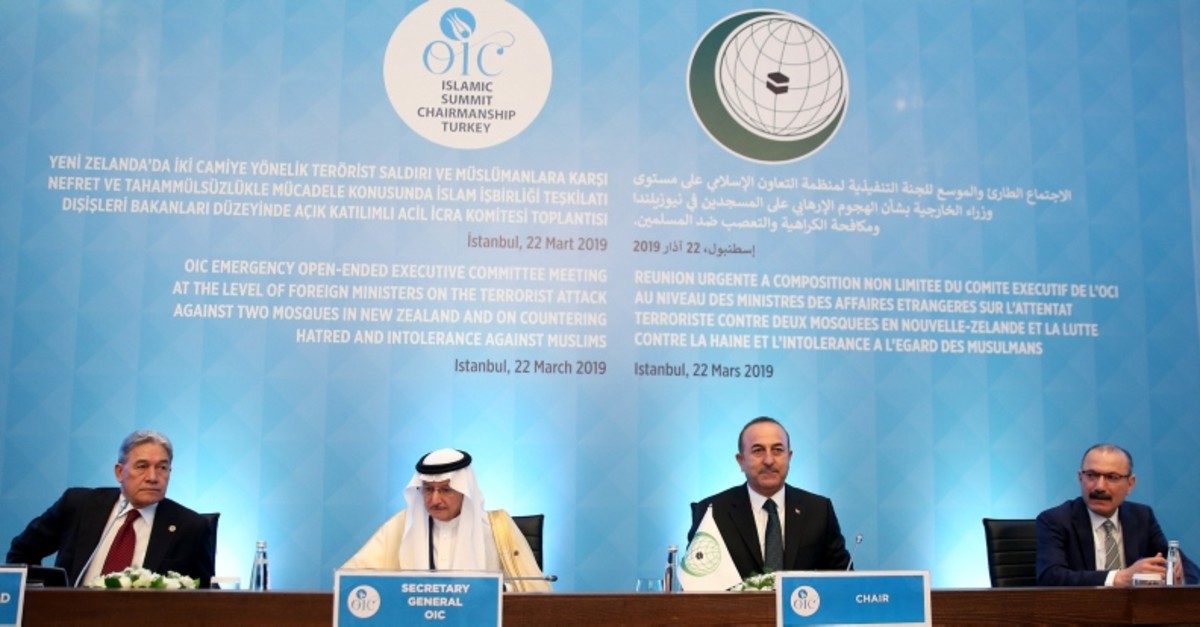 Christchurch terrorist Brenton Tarrant will spend the rest of his life in a jail cell behind bars, New Zealand Foreign Minister Winston Peters said on Friday.

The biggest police investigation in New Zealand's history was launched in the wake of the attack, and the terrorist responsible will spend the rest of his life alone in a cell, Peters told an emergency meeting of the Organisation of Islamic Cooperation in Istanbul.

"We are here to show we are one body against Islamophobic actions across the world," he said.

He also vowed to take a stand "against all hate speech, violence, and terrorism."

No religion or belief can be defined by violence and terror, Çavuşoğlu said, adding that peace is "at the heart of Islam."

Al-Othaimeen called last week's deadly attacks in New Zealand a "turning point" for Muslims, adding that they will not be deterred from taking steps to curb violence.