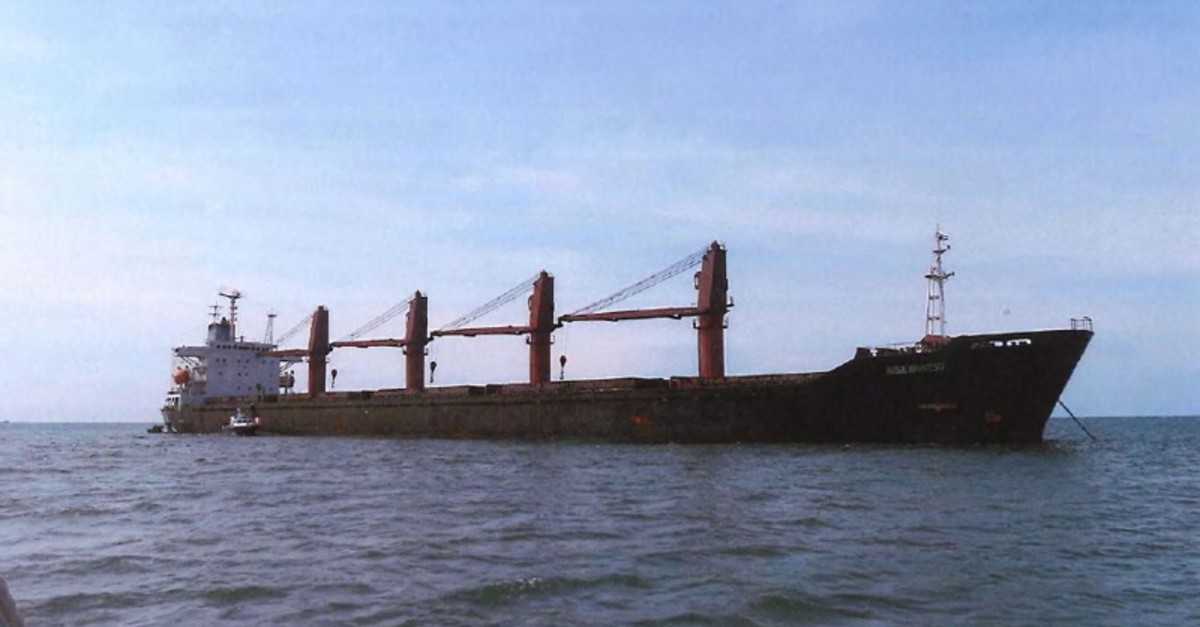 This undated image released by the US Attorney's Office for the Southern District of New York, shows the cargo vessel ,Wise Honest., (AFP Photo)
by Compiled from Wire Services May 09, 2019 7:45 pm

The Trump administration says it has seized a North Korean cargo ship that U.S. officials say was used to transport coal in violation of international sanctions.

The Justice Department said the ship, the Wise Honest, is one of North Korea's largest bulk carriers and for several years had been used to deliver Russian coal to North Korea.

Payments for maintenance and equipment for the vessel were made in American dollars through unwitting U.S. banks, a violation of sanctions that bar North Korean citizens or entities from the U.S. financial system.

Officials say North Korea sought to conceal the vessel's purpose by listing in shipping documentation different countries for its nationality and the origin of the coal.

According to a civil complaint filed Thursday in federal court in Manhattan, the ship was intercepted and seized by Indonesian authorities on April 2, 2018. At the time, it was about 2,800 miles south of Nampo, North Korea, where it had been photographed a month earlier. The complaint says that after taking the load of coal, the ship sailed south with it toward Indonesia.

The vessel has since been taken into custody by the U.S.

The announcement was made at a time of tension between the two countries.

The launch is a possible sign that nuclear disarmament talks with the U.S. could be in danger.

He said the weapons were smaller, short-range missiles, but added: "Nobody's happy about it."

In another sign of diminishing relations, the Pentagon also said Wednesday that it has suspended its efforts to arrange negotiations on recovering additional remains of U.S. service members killed in the North during the Korean War.