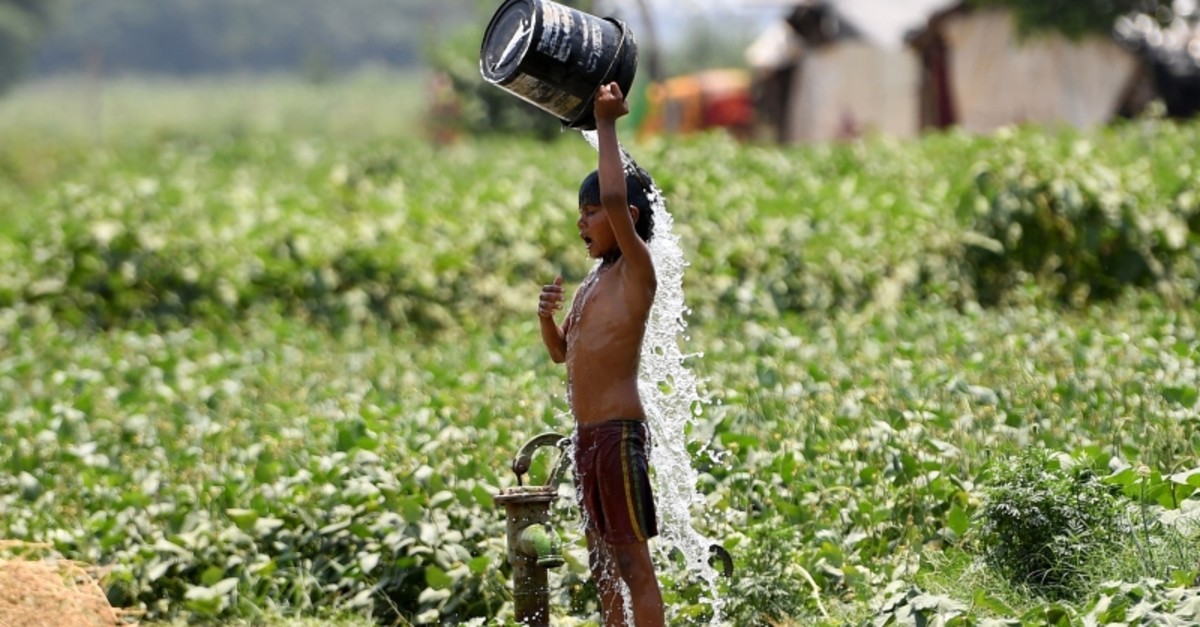 Temperatures in an Indian desert city hit 50 degrees Celsius (122 Fahrenheit) for the second time in three days as a deadly heatwave maintained its grip on the country.

The thermometer hit 50.3 (122.54 Fahrenheit) in Churu in Rajasthan state, sending residents scrambling for shade to escape the searing sun.

On Saturday it reached 50.6 Celsius (123 Fahrenheit), close to the country's record of 51 degrees Celsius (123.8 Fahrenheit) recorded in the Rajasthan city of Phalodi in May 2016.

Cities across northern India have been sweltering with temperatures above 47 Celsius (116.6 Fahrenheit).

A farmer died in Sikar district of Rajasthan on Sunday after suffering heatstroke, the Press Trust of India news agency reported. Other deaths have been reported.

The Indian Meteorological Department said severe heat wave was likely to continue in Rajasthan and Madhya Pradesh states on Tuesday.

New Delhi and neighboring Uttar Pradesh state would also be affected by extreme weather, it said.

Temperatures fell to about 40 degrees Celsius (104 Fahrenheit) in Delhi on Monday, but residents still complained of heat exhaustion.

"It's really hot right now but what can we do? We still need to keep our business going. We need to be able to feed ourselves, so we have to stay open," said market trader Laxmi Jagdish.

The annual monsoon -- which normally brings much-needed rain to South Asia -- is running a week behind schedule and is only expected to hit India's southern tip on June 6.

Private forecaster Skymet has warned there will be less rain than average this year.

The Indian peninsula has seen a drastic change in rainfall patterns over the past decade, marked by frequent droughts, floods and sudden storms.

According to weather monitoring website El Dorado, out of the 15 hottest places in the world in the past 24 hours, 11 were in India and four in neighboring Pakistan.