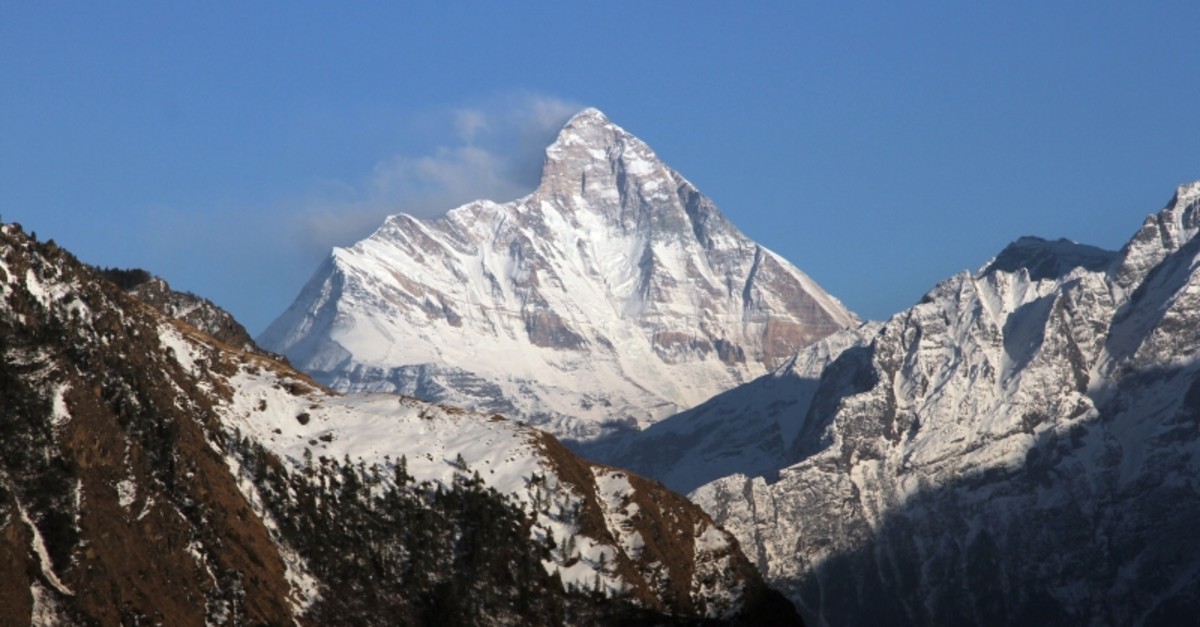 Indian air force pilots on Monday spotted five bodies in the Indian Himalayas while searching for eight mountain climbers who have been missing a week.

District Magistrate Dr. Vijay Kumar Jogdande said the bodies were found Monday before a rescue operation in the northern state of Uttarakhand was suspended because of heavy snowfall and high winds.

Jogdande says an operation to find the other three mountaineers will resume Tuesday. He says officials are consulting the Indian army on how to retrieve the bodies.

Four Britons, two Americans, one Indian and one Australian are missing on the 7,826-meter (25,643-foot) Nanda Devi in the Himalayas.

Thick cloud delayed the third day of the search operation by several hours Monday before air force helicopters took off to scour an area of roughly 50 square kilometers (20 square miles).

Authorities were able to reduce the search area following information from four British climbers rescued Sunday from Nanda Devi base camp. They had been in contact with the larger group until May 26 when heavy snowfall and avalanches struck.

"Based on the information from the four rescued climbers, we have a rough idea about the area where they were trekking," R.C. Rajguru, police chief of Pithoragarh district, told AFP.

The officer said the helicopters will look for any clues that could establish their exact location before a rescue can be carried out.

A separate rescue team had reached the base camp but were yet to embark on the 90-kilometer (55-mile) trek upwards to the area where the eight be.

"It is not possible to go on the trek immediately... It will take two to three days," said Vivek Kumar Pandey, a spokesman for the Indo-Tibetan Border Police.

He added that taking rescuers there by helicopter was not practicable either.

"Even if we airdrop someone, he will need at least six to eight days to acclimatize before he can undertake any rescue mission," Pandey told AFP.

The missing climbers, led by Briton Martin Moran -- who has two previous successful ascents of the mountain -- had initially set out on May 13 for the eastern peak of Nanda Devi.

But in a post on May 22 on the Facebook page of the mountaineering company he runs, Moran Mountain, said they were set to attempt "an unclimbed peak" at 6,477 meters.

They were expected to report back to base camp on May 26 but a porter stationed there reported to authorities that the group remained missing on May 31, prompting the search operation.

"They are all good climbers, they are not amateurs. But our aerial recces are showing certain pockets triggered by large avalanches," Pandey said.

A statement by the Moran family on Sunday said they have been informed by the Indian Mountaineering Federation that the air search has "revealed the scale of the avalanche, but no sign of the climbers, their equipment nor their tents."

It quoted her husband Trent Goldsack as saying that her last communication to him had been a text message around a week ago saying: "OK at base camp."

Another of the British climbers was reported to be Richard Payne, a lecturer at the University of York.

"We remain extremely concerned for his safety and our thoughts are with his family, friends and colleagues at this difficult time," a spokesman for the British university said.

Hundreds of climbers from across the world visit India to scale mountains across the Himalayan chain, and the peaks of Nanda Devi are considered the toughest to scale.

The first successful ascent of the Nanda Devi summit was in 1936.

India has 10 peaks above 7,000 meters, including Kangchenjunga -- the world's third highest -- sandwiched between India and Nepal.

Four Indians were among 11 climbers that died climbing Mount Everest in the latest season that ended last week amid allegations of overcrowding on the world's highest peak.

Mountaineering experts criticized the government of Nepal for giving permits to anyone ready to pay $11,000, letting rookie climbers risk their lives and those of others on the slopes.