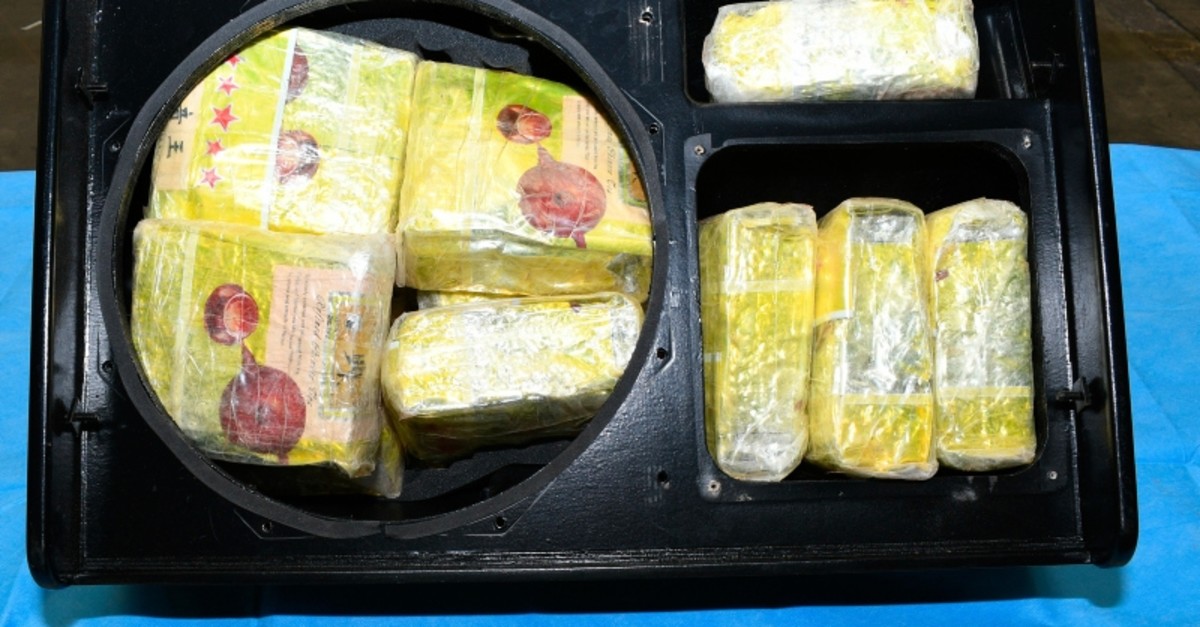 Australian officials have seized the nation's largest haul of methamphetamine at the Melbourne waterfront in a shipment of almost 1.6 metric tons (1.8 tons) of the illicit drug hidden in stereo speakers shipped from Bangkok, authorities said on Friday.

In total, 1.596 metric tons (1.759 tons) of the drug in a form known as crystal meth or ice and 37 kilograms (82 pounds) of heroin was seized in the recent shipment, Australian Border Force said in a statement. The drugs had an estimated street value of 1.2 billion Australian dollars ($835 million) and AU$19 million ($13 million) respectively, the statement said.

Police have yet to make an arrest, the statement said.

Australia is being increasingly targeted by international drug cartels because of the relatively high prices Australians are prepared to pay for illicit drugs. Illicit drugs other than cannabis had been seen as a problem of large cities, but ice is now having a devastating effect on regional and rural communities.

Australian Border Force Regional Commander Craig Palmer said the record detection would have a significant impact on the drug supply in Victoria state.

"Without the sophisticated targeting and detection capabilities of the ABF, these drugs would have made it to the streets of Melbourne and beyond," Palmer said.

"This is the largest meth bust we've ever seen in this country and demonstrates not only the brazen nature of those involved in this criminal activity, but the resolve of the ABF in Victoria and around the country to stop these imports," he added.

A U.S. State Department report this year said Thailand was not a major producer of illegal drugs but was a destination and a transit point for trafficking.