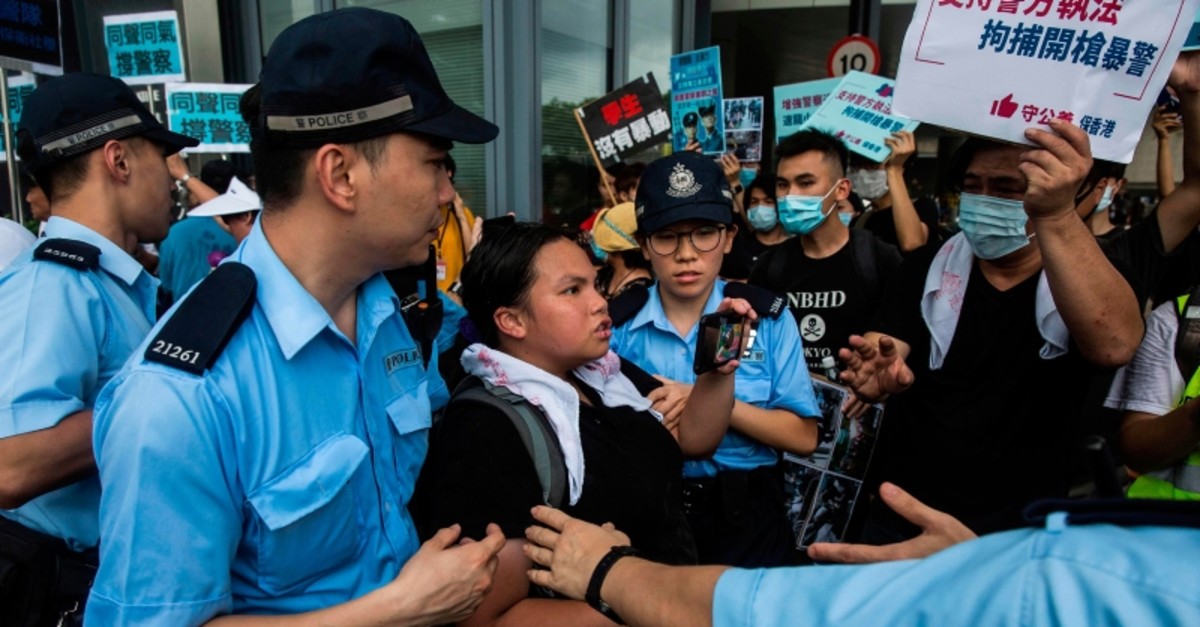 Police hold back an anti-extradition protester (C) during a rally in support of police outside the Legislative Council in Hong Kong on June 30, 2019 (AFP Photo)
by Jul 01, 2019 1:39 am

Anti-government protesters in Hong Kong took over key roads early Monday morning of a mass planned pro-democracy rally on the anniversary of the city's handover to China.

AFP reporters on the scene saw at least three major thoroughfares siezed by young, masked demonstrators who used metal and plastic barriers to blockade the streets.

Rows of riot police with helmets and shields were facing protesters at Fenwick Pier Street but were not moving on protesters as dawn rose over the financial hub.