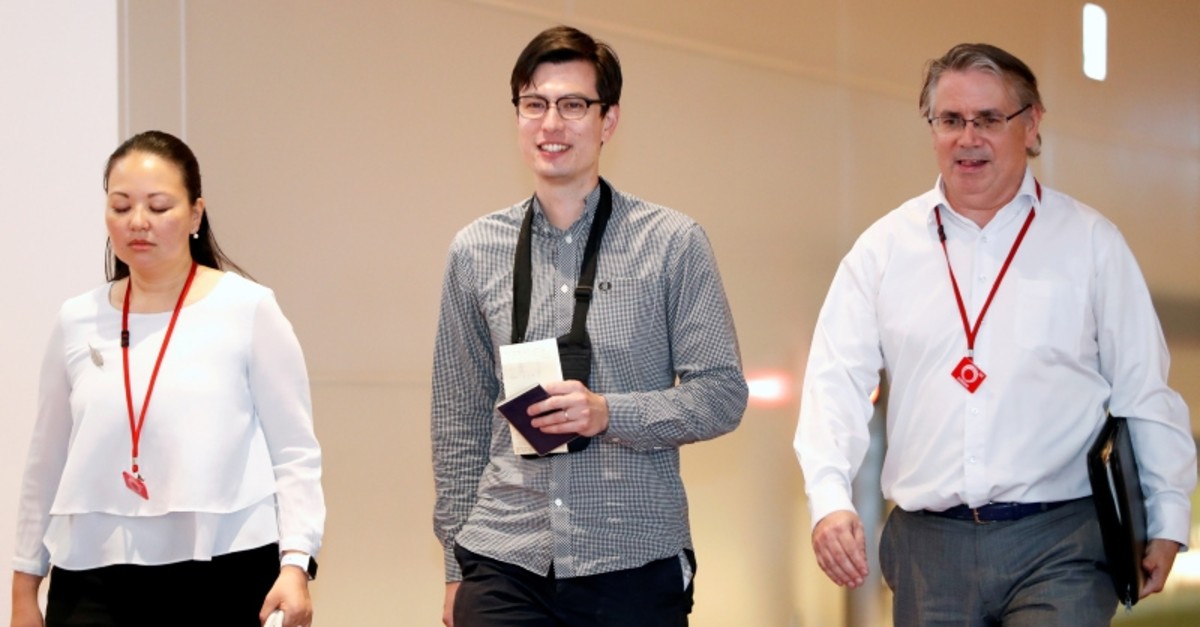 An Australian student who was released after being held in North Korea had been "spying" in the reclusive country, state media said Saturday.

Alek Sigley, 29, disappeared around two weeks ago prompting deep concern about his fate.

Official North Korean news agency KCNA said Sigley had "honestly admitted that he had been spying (on us) by collecting our internal information and sharing with others and repeatedly asked for our forgiveness for infringing on our sovereignty."

"Investigation revealed that at the instigation of the NK News and other anti-DPRK media he handed over several times the data and photos he collected and analyzed while combing Pyongyang by making use of the identity card of a foreign student," the North's Korean Central News Agency (KCNA) said.

KCNA said he was expelled from North Korea on Thursday.

Sigley arrived in Tokyo via Beijing later the same day.