At least 21 killed, 89 injured in train collision in northeastern Pakistan 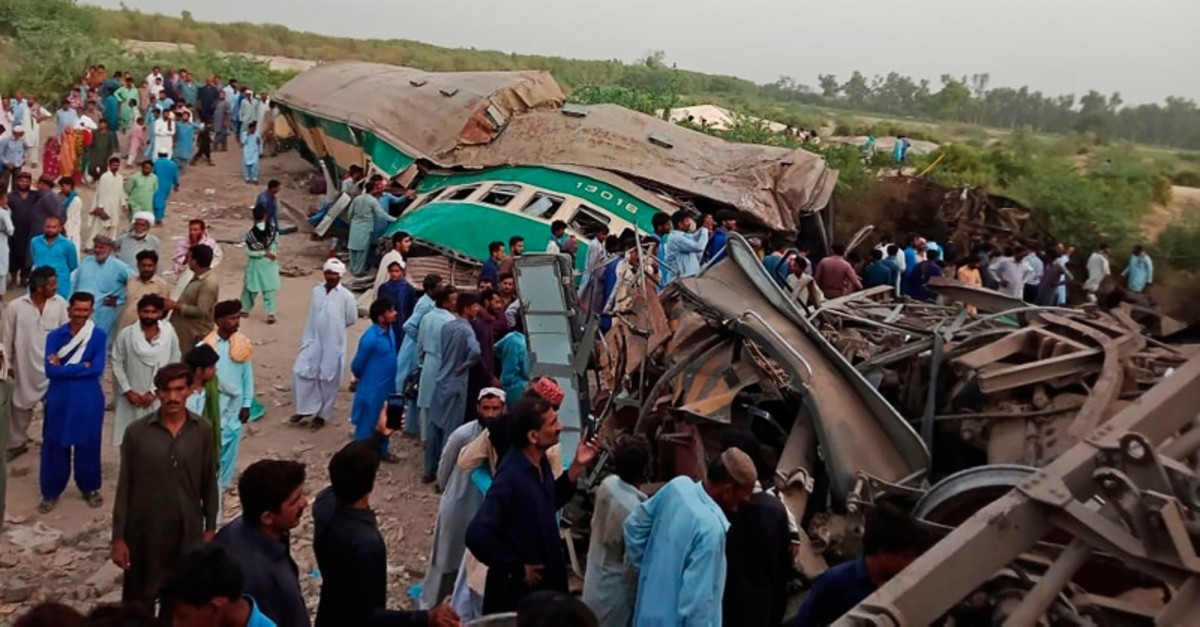 At least 21 people were killed and 89 injured, many seriously, in a collision between two trains in northeastern Pakistan on Thursday morning, officials and local media reported.

The accident, the latest in a series of similar incidents, occurred in Punjab's Sadiqabad district -- some 543 kilometers (337 miles) from the provincial capital Lahore -- when a passenger train collided with a freight train parked on a parallel track, Deputy Commissioner Sadiqabad Jamil Ahmad told reporters.

The dead and injured included women and children, Ahmad added.

Army and rangers troops joined the operation, which lasted for 10 hours after the incident.

Railway Minister Shaikh Rasheed Ahmad told reporters an inquiry had been ordered into the accident.

Amateur footage on local Geo TV showed rescue workers moving the bodies and injured into ambulances, which rushed them to hospitals.

Scores of panicked passengers who remained unhurt were seen sitting on either sides of the track as rescuers backed by heavy machinery tried to remove the wreckage from the site.

City Police Chief Umer Farooq told reporters that the incident seemed to be result of a signal error as the driver of the passenger train suddenly changed tracks and hit a parked freight train.

Prime Minister Imran Khan expressed sympathy with the victims' families and ordered an inquiry into the incident.

"Saddened to learn of train accident in Sadiqabad. My condolences to the victims' families and prayers for the speedy recovery of the injured. Have asked Railways Minister to take emergency steps to counter decades of neglect of railway infrastructure & ensure safety standards," Khan said in a tweet.

In another Thursday morning accident, 13 people were killed and several injured when a passenger bus overturned in Attock, Punjab, Geo News reported.

Pakistan has a long history of train and road accidents, mainly due to poor infrastructure and a lack of safety standards.