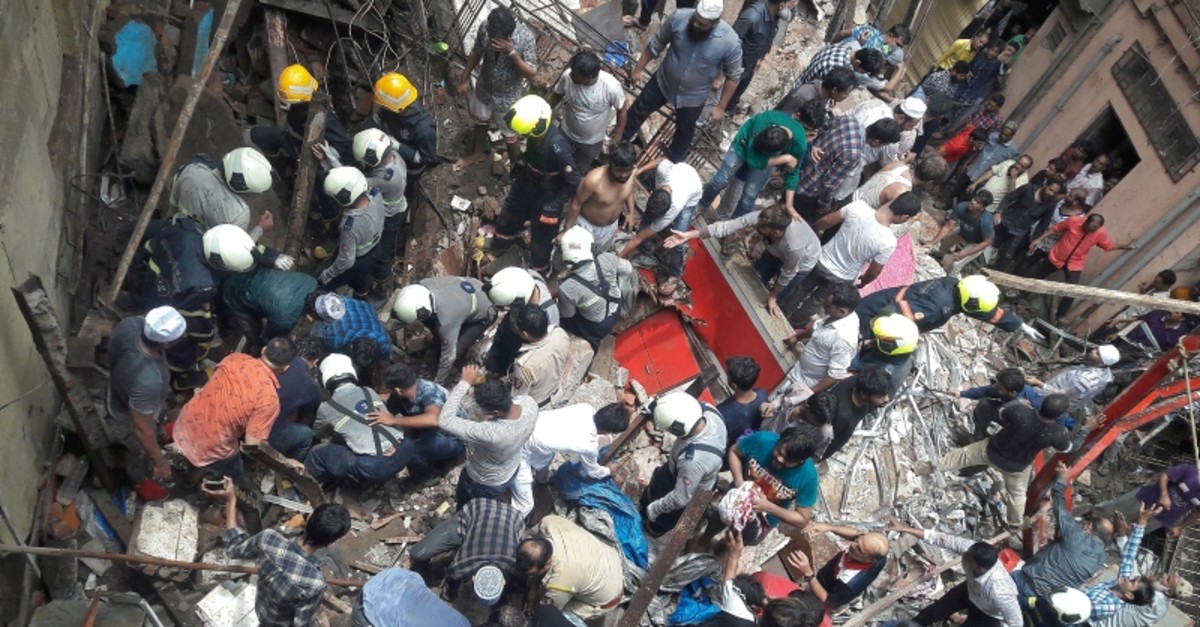 Rescue workers and residents search for survivors at the site of a collapsed building in Mumbai, India, July 16, 2019. (Reuters/Stringer)
by Associated Press Jul 16, 2019 11:06 am

A four-story residential building collapsed Tuesday in Mumbai, India's financial and entertainment capital, killing at least seven people, an official said. Rescuers were searching for several others feared trapped in the rubble.

"The building crashed with a heavy sound and we thought there was an earthquake," a local resident told the New Delhi Television news channel.

Fire official Ashok Talpade said dozens of rescuers were at the site in Dongri, a crowded residential section of Mumbai, and had pulled out nine survivors who were taken to a hospital. The survivors included a child was allowed to go home after being treated.

Talpade said the families had been asked to vacate the dilapidated building some time ago but continued to live there.

Waris Pathan, an opposition lawmaker, said the building was a death trap, with authorities saying they had no money to rebuild the structure.

Building collapses are common in India during the June-September monsoon season, when heavy rains weaken the foundations of structures that are poorly constructed. Mumbai was lashed by heavy rains early this month.

On Sunday, a three-story building collapsed in a hilly area in the northern Indian town of Solan following heavy rains, killing 14 people.