Cambodia to ship back 1,600 tons of plastic waste to US, Canada 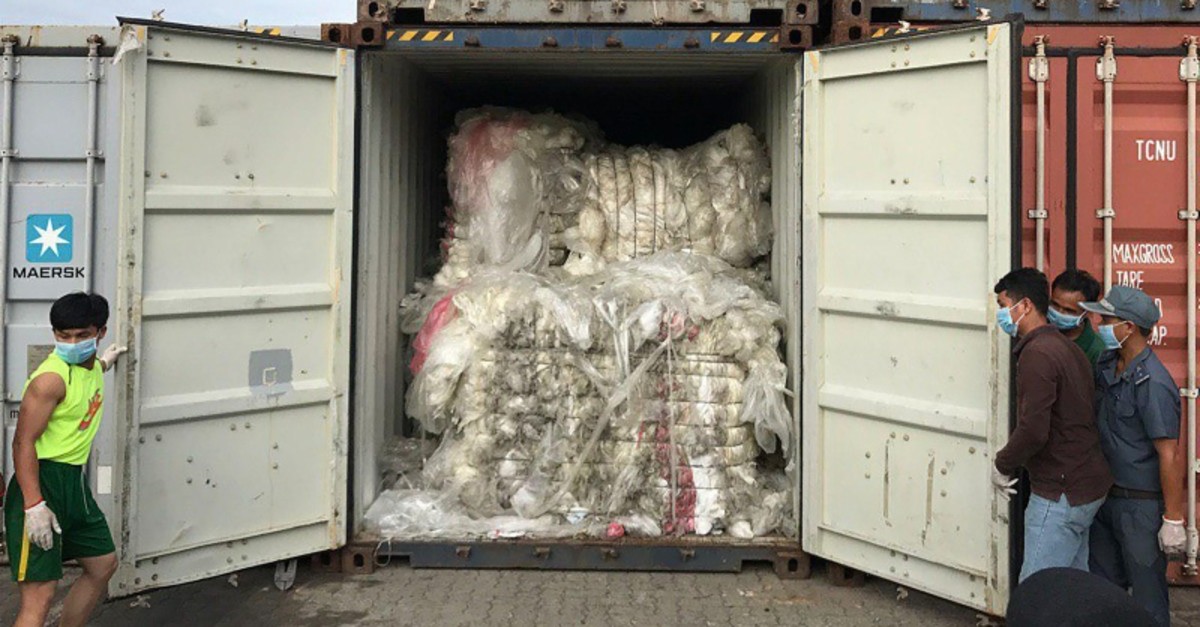 This handout photo taken on July 16, 2018 and released on July 17, 2019 by the Cambodian Ministry of Environment shows workers opening a container loaded with plastic waste after the shipment arrived at Sihanoukville port. (AFP Photo)
by Compiled from Wire Services Jul 17, 2019 4:44 pm

Cambodia will send back 1,600 tonnes of plastic waste found in shipping containers to the U.S. and Canada, an official said Wednesday, as Southeast Asian countries revolt against an onslaught of rubbish shipments.

The rubbish was found Tuesday in scores of shipping containers at the port town of Sihanoukville and will be sent back to its origin, environment ministry spokesman Neth Pheaktra told AFP.

"Cambodia is not a bin for out-of-date technology to be dumped in," he added.

He said 70 containers full of plastic waste were shipped from the United State while another 13 were sent from Canada.

Tuesday's discovery of the waste followed a statement at a Cabinet meeting last week by Prime Minister Hun Sen that Cambodia is not the dumping ground for any kind of waste, and does not allow the import of any kinds of plastic waste or other recyclables.

Huge quantities of rubbish have wound up on Southeast Asian shores as opposition to handling exported trash is growing in the region. Electronic waste, which often has toxic qualities, is also a major problem, with shipments bouncing from port to port after being turned away.

Kun Nhim, director general of Cambodia's General Department of Customs and Excise, told The Associated Press on Wednesday that action was taken on the issue after other countries in the region such as Malaysia, Indonesia and Philippines brought the issue to the attention of Cambodian officials.

He said the 83 containers, which arrived over a period beginning in October 2018, contained only plastic waste, not toxic materials or radioactive substances.

Cambodia also has a severe problem with plastic waste it generates domestically, with little public awareness of the problem or infrastructure to deal with it.

Indonesia announced this month it was sending back dozens of containers full of waste to France and other developed nations, while neighboring Malaysia said in May it was shipping 450 tonnes of imported plastic waste back to its sources.

Around 300 million tons of plastic are produced every year, according to the Worldwide Fund for Nature (WWF), with much of it ending up in landfills or polluting the seas in what has become a growing international crisis.