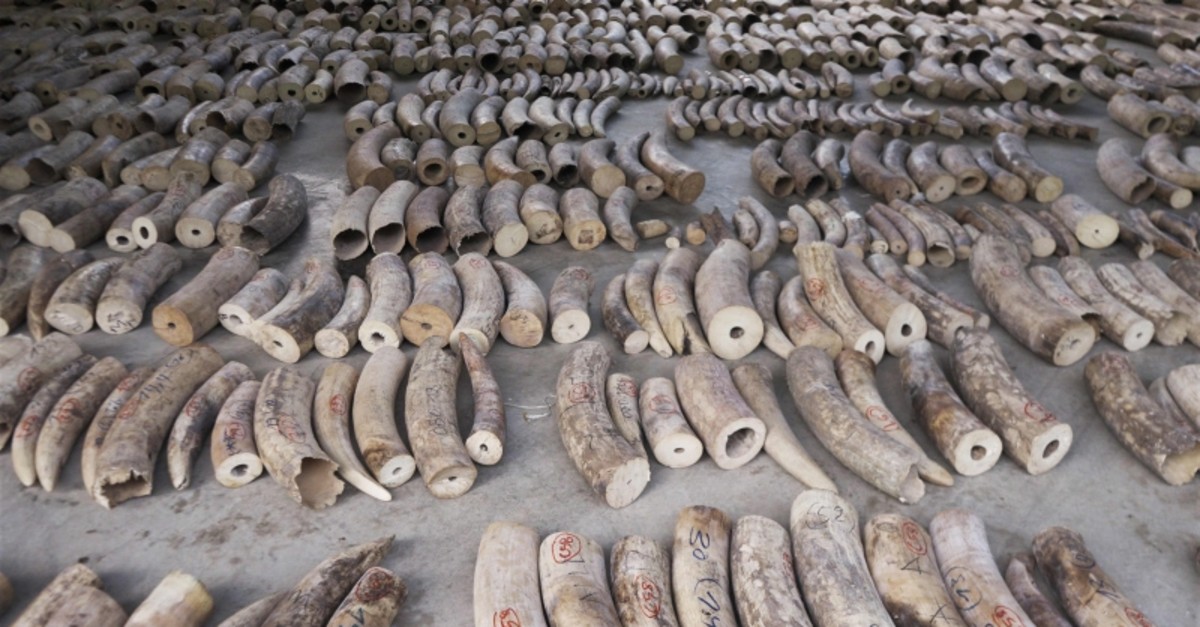 Singapore has made its largest ever seizure of smuggled ivory, impounding a haul of nearly 9 tons of contraband tusks from an estimated 300 elephants, authorities said Tuesday.

The illegal cargo, discovered Sunday in a container from the Democratic Republic of the Congo being shipped to Vietnam via Singapore, also included a huge stash of pangolin scales -- the third such seizure in as many months. 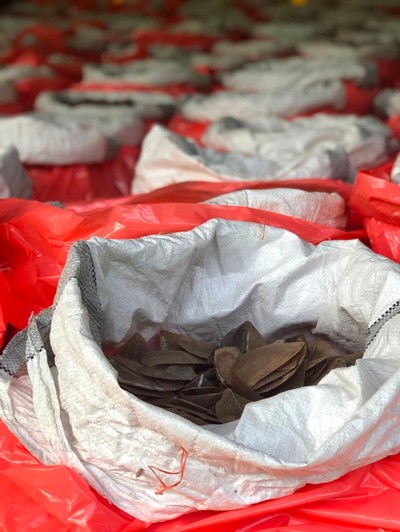 Officials said both the ivory and pangolin scales were in a container declared to be loaded with timber destined for Vietnam and passing through Singapore, a major transhipment hub for global trade.

On inspection, authorities found 8.8 tons of elephant ivory, the National Parks Board, Customs and Immigration and Checkpoints Authority said in a joint statement.

The ivory haul was valued at $12.9 million and is "the largest seizure of elephant ivory in Singapore to date," it said, and was estimated to have come from 300 African elephants.

Also found in the container were 11.9 tons of pangolin scales and estimated to be worth about $35.7 million. The scales were estimated to have come from 2,000 of the mammals.

It was the third interception by Singapore of smuggled pangolin scales since April and brought the total haul in just three months to 37.5 tons worth $112.5 million.

Singapore said the seized items would be destroyed.

Pangolins, also known as scaly anteaters, are critically endangered. They are the world's most trafficked mammals because of their meat, which is considered a delicacy, and their scales, which some believe to have medicinal qualities.

Elephant ivory is coveted because it can be fashioned into items like combs, pendants and other exotic jewelry.

The global trade in elephant ivory, with rare exceptions, has been outlawed since 1989 after the population of the African giants dropped from millions in the mid-20th century to around 600,000 by the end of the 1980s.