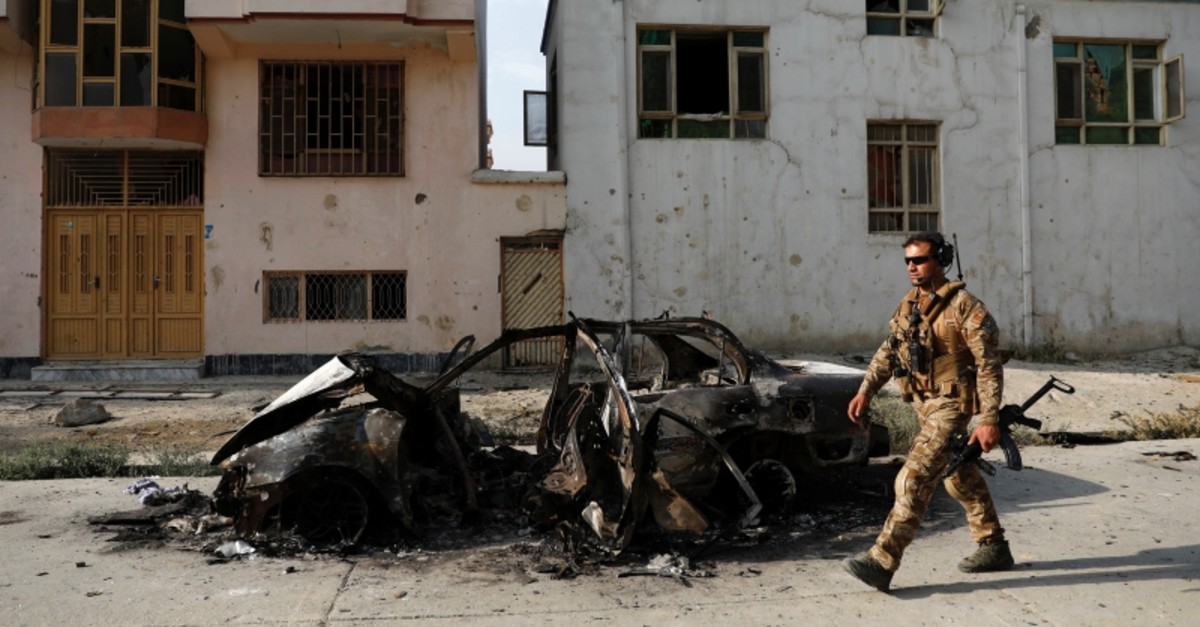 At least 20 people were killed and 50 injured in Afghanistan's capital Kabul on Sunday in a suicide bombing and gun battle at vice-presidential candidate Amrullah Saleh's office, the government said in a statement on Monday.

The attack on the office of President Ashraf Ghani's pick for vice president in the forthcoming election, Amrullah Saleh -- a former intelligence chief, began last evening with a suicide car bombing. It was declared over around midnight with all four attackers killed.

Saleh, a staunch critic of Pakistan and the Taliban, was in office at the time of the attack but escaped unhurt with minor bruises.

Interior Ministry spokesman Nusrat Rahimi told Anadolu Agency that 20 people including 16 civilians and four guards of Saleh were killed and at least 50 others wounded.

There has been no claim of responsibility for the attack.

Ghani, the U.N., EU and several countries condemned the attack.

This came as the official election campaign began on Sunday for the landmark presidential polls in Afghanistan, with Ghani and 17 other candidates running for the top post.

Addressing his maiden election rally, Ghani showcased the achievements of his five-year tenure in the National Unity Government. The main theme of his massive rally was the expedited efforts for peace talks with the Taliban.

"For the first time in 2014, I announced the unprecedented unconditional offer of peace talks to the Taliban. I call it unprecedented because the previous government had presented two conditions for negotiations with the Taliban, which were considered as major obstacles to the start of the peace process. But I have overcome these obstacles," he said.

Ghani, a former World Bank economist, has entered the race to retain his power with the slogan of "State Builders", and promising to complete the unfinished reform agenda. The 69-year-old has joined hands with Saleh, his former critic.

The proposed elections scheduled for Sept. 28 are overshadowed by the rejuvenated talks between the U.S. and the Taliban.