At least 34 killed, 17 injured after bus drives over roadside bomb in Afghanistan 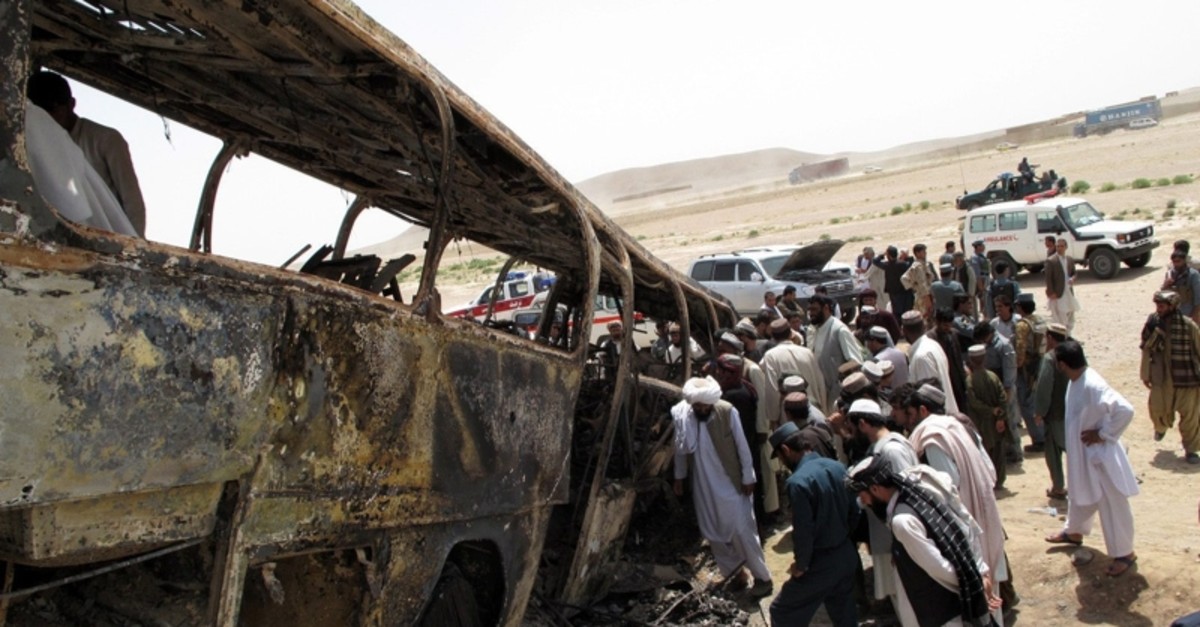 A bus in western Afghanistan was hit by a roadside explosion on Wednesday that killed at least 34 passengers, including children, and injured 17, officials said.

"The civilians were traveling on a highway when the blast occurred," a senior official in the province of Farah said.

Mohibullah Mohib, spokesman for the police chief in Farah province, said 15 others were wounded with most in critical condition, indicating the death toll could rise.

The bus was traveling on the main highway between the western city of Herat and the southern city of Kandahar.

No one immediately claimed responsibility, but Taliban insurgents operate in the region and frequently use roadside bombs to target government officials and security forces. The Taliban have kept up a steady tempo of attacks even as they have held several rounds of peace talks with the United States aimed at ending the 18-year war.

The attack came a day after the U.N. mission in Afghanistan released a report saying that most civilian deaths in the first half of the year were caused by Afghan forces and their international allies. The report apparently referred to civilians killed during Afghan and U.S. military operations against insurgents.

The U.N. report said 403 civilians were killed by Afghan forces in the first six months of the year and another 314 by international forces, a total of 717. That's compared to 531 killed by the Taliban, an Islamic State affiliate and other militants during the same period. It said 300 of those killed by militants were directly targeted.

The U.N. said the leading cause of civilian deaths and injuries was "ground engagements," which caused one in three casualties. Roadside bombs were a close second, accounting for 28%. Afghanistan is one of the most heavily mined countries in the world — a legacy of decades of war.

The Taliban, who effectively control half the country, have been meeting with U.S. envoy Zalmay Khalilzad since late last year. They appear to be closing in on an agreement whereby American forces would withdraw from Afghanistan in return for guarantees that it would not be used as a launch-pad for international terror attacks.